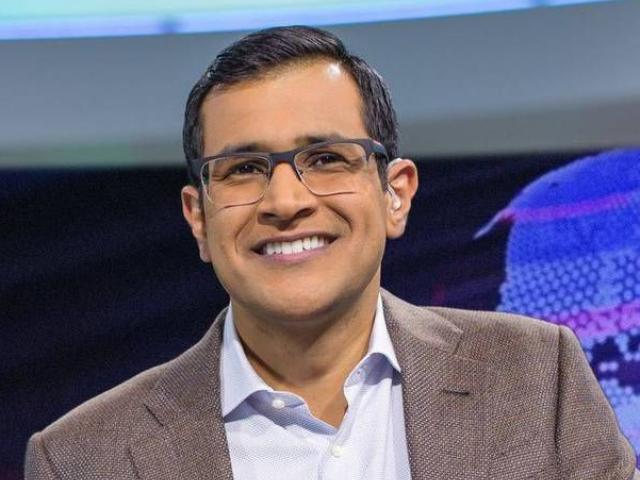 Kamahl Santamaria. Photo: ODT files
Santamaria quit after a little over a month in the role following accusations of inappropriate behaviour at TVNZ and in his previous job at Al Jazeera.

She said she could not be involved in the story for legal reasons but staff had her support.

Baird said she was not asking them to "shoosh", saying they should be speaking out.

She said to speak with her or their own manager.

"The most important thing for me is that our newsrooms are safe spaces ... it has to be a place where you are safe and supported."

Baird said staff were "family" and asked them to hang in.

"From this can come greatness, from this we can come back stronger than ever."

An email to staff from TVNZ chief executive Simon Power was earlier leaked to media.

The New Zealand Herald reported that in a subsequent email from TVNZ head of operations Andrew Fernie, he said he was "embarrassed" and "disgusted" that Power's email was leaked, and about staff releasing information to the media at time when they should be sticking together.

"Our reputation and our brand is being wilfully destroyed right now," Fernie said.

RNZ has seen responses to his email in which staff describe being embarrassed and furious at what they saw as self-protection, instead of reporting the truth.

They also criticised the broadcast for initially saying Santamaria left because of a family emergency.

Yesterday, Power ordered a review into whether the organisation's hiring process were correctly applied.

"We do not tolerate any form of harassment or inappropriate behaviour in the workplace. We're committed to providing a working environment that is inclusive and respectful," the email said.

Meanwhile, international broadcaster Al Jazeera has called a meeting for staff in the wake of accusations about Santamaria.

In an email to staff at the Doha-based broadcaster, managing director Giles Trendle called a meeting for staff to talk about working in a safe environment.

There would be suggestions for any employees who may be feeling alone or unsure of where to turn, he said.