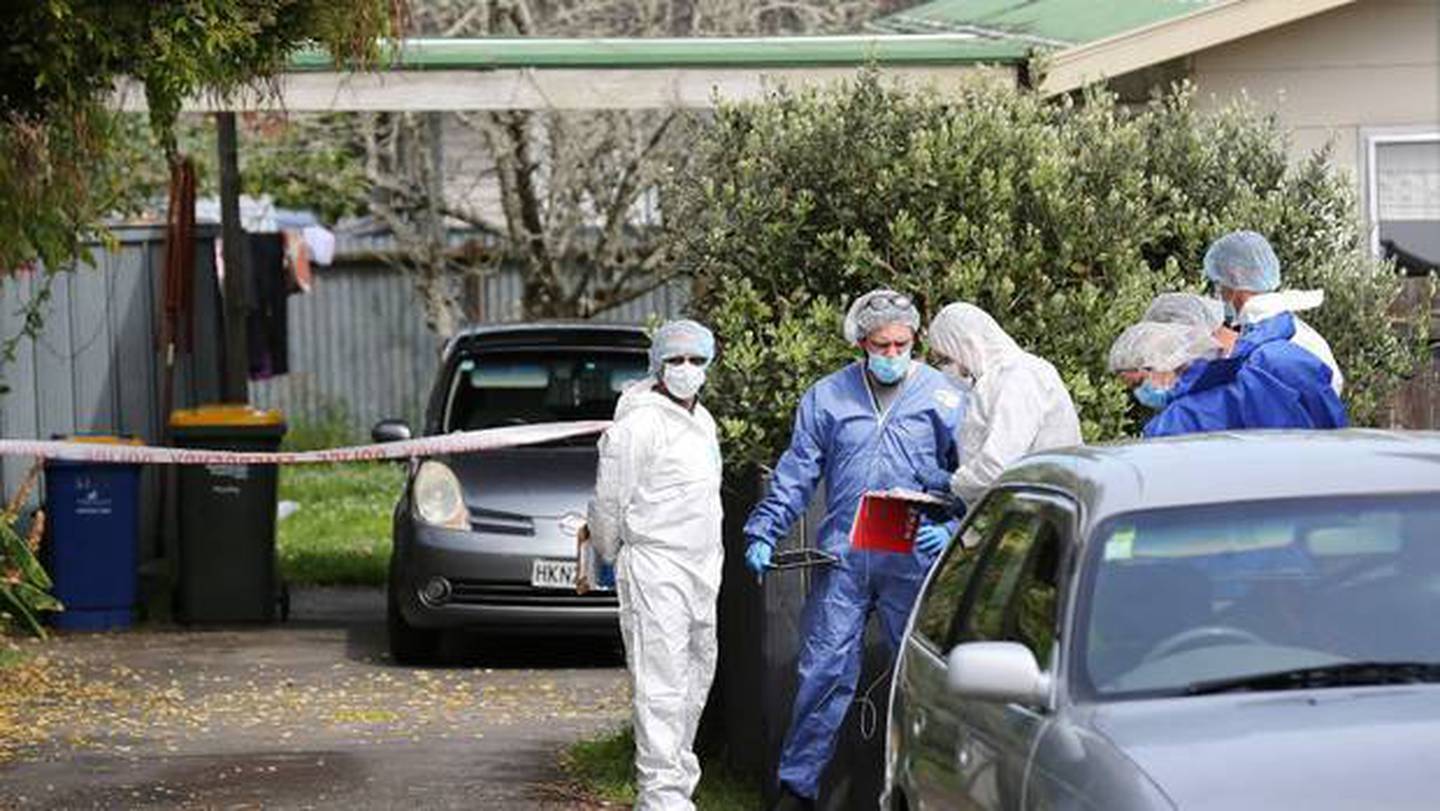 Investigators at the scene following the incident in Auckland. Photo: NZ Herald
If an Auckland van owner was found to have caused the death of a suspected thief he would have a defence based on whether he used "reasonable force" to protect himself or his property, legal experts say.

Jason Murray (36) died on Tuesday after an altercation with a man whose van he was allegedly trying to steal in Te Atatū early on Sunday.

Police believe Murray died of injuries suffered during the fight - but they believe the van owner was acting in self defence. They have not said whether he will be charged over the death.

He had co-operated fully with the investigation and was "understandably distraught", police said.

Opinion on social media is on his side, with many commenters claiming they would have done the same thing - or worse. But legal experts say it all comes down to the definition of "reasonable force".

AUT Professor of Law Warren Brookbanks said under the Crimes Act any person lawfully in possession of a "movable thing" - such as a vehicle - had the right to defend against somebody trying to take it away.

They were allowed to use reasonable force, such as pushing or shoving, to resist their property being stolen - but could not strike the person or do "bodily harm".

However, things could quickly morph into a situation where the person felt the need to defend their own life or safety, he said.

At that point the act allows people to use reasonable force in self defence, or defending someone else, based on their own beliefs about how much danger they were. That applied even if their impression of the threat was wrong.

Although the facts were not yet public, that may have been the situation the van owner faced on Sunday morning, Brookbanks said.

"It can become quite messy and complicated."

The Crimes Act also prevents possession of unlawful weapons - but a court would take into account whether the person reasonably believed they might be subject to unlawful force, and whether it would be reasonable to have a weapon in such circumstances.

Barrister Gary Gotlieb said anyone was entitled to protect their property from being stolen, and property was essentially an extension of the person.

"If in fact it then enters into an altercation, first he's protecting his property and secondly he's right to defend himself...it's got an added dimension to it."

The test of "reasonable force" was subjective, he said. "It's what the individual thinks is reasonable in the circumstances."

Police had discretion to not charge over a homicide if there was a clear self defence argument, he said. But sometimes they would take the "cautious" approach and leave it to the Crown or a judge to decide whether to pursue the case.

Gotlieb argued a person might also reasonably want to take a weapon with them for protection, especially when going to confront someone at night. "What you might want to do with it is another thing. It's probably better to ring 111."

Everything would happen within seconds, he said.

"Let's say you knock someone out and they're lying there...but you got so bloody angry you decide to smash their head in and kill them, that might be going right over the top. You've achieved your purpose so you can't then become a vigilante and take it into your own hands."