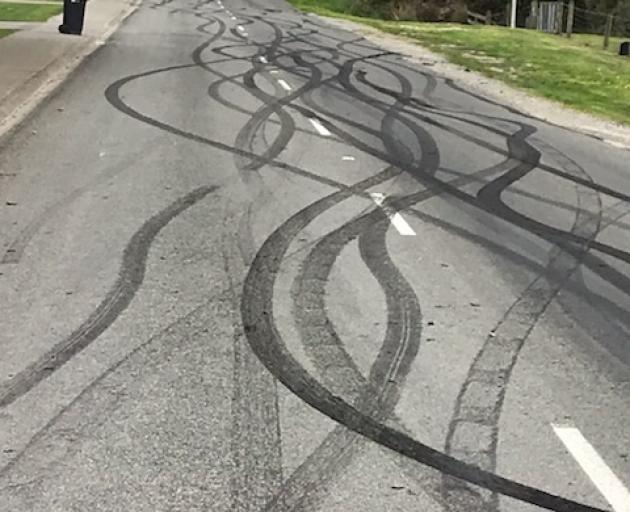 Vehicles performing ‘tribute’ burnouts outside a funeral home are angering neighbours, prompting police to be called.

Tyre marks and burnt rubber could be seen on Wilkinsons Rd in Harewood after a funeral on Friday at the Harewood Memorial Gardens and Crematorium.

Police were called at about 2pm, following a report two cars were doing burnouts on the road, a police spokeswoman said.

“Police attended and spoke to witnesses and are making follow-up inquiries,” she said.

A number of nearby residents who spoke with The Star about the burnout issue, which they say has happened several times, were too afraid to be named, in fear of “retaliation.”

“We hate it, it’s anti-social. It’s the exact opposite of a tribute. There are often hundreds of people out there standing on the road, sooner or later someone will get killed.”

“It’s a weird idea, they think they are doing something nice. They don’t give a toss about anyone else,” one man said.

Another woman said if the burnouts happened anywhere else in the city, the driver could be fined for loss of traction.

“It’s unacceptable and not law-abiding,” she said.

Another neighbour who has lived near the crematorium site for 30 years believes “not a lot can be done” and that often cars will do burnouts on the road and nearby fields at night time, not just after funerals.

“It happens every couple of months. What can you do? Once they were doing burnouts on a field nearby at night and I turned my lights on. Then they drove onto my property and did burnouts on my lawn.”

“They are only going to harm themselves and probably end up like their mates,” he said.

Harewood Ward city councillor Aaron Keown said concerned residents contacted him on Friday about the incident. He also saw the smoke from the burnouts from his home.

“They were upset by the behaviour which shouldn’t be happening where a funeral is taking place.”

“It’s weird that some people seem to think this is appropriate,” he said.

Crematorium Society of Canterbury general manager Barbara Terry is aware of the issue.

“It’s something that happens occasionally. I understand the residents calling police, I have seen the tyre marks on the road, it’s not a pleasant sight,” she said.

Mrs Terry said there is little the society can do to resolve the issue.

“We have no authority over a public road. In the past police have advised us not to intervene. So I have informed my staff to stay away and not put themselves in danger.”

“Grief increases people’s behaviour and attitudes in different ways that we aren’t able to control or influence,” she said.

Wilkinsons Rd does not feature on the city council’s Cruising and Prohibited Times on Roads Bylaw 2014 road register.