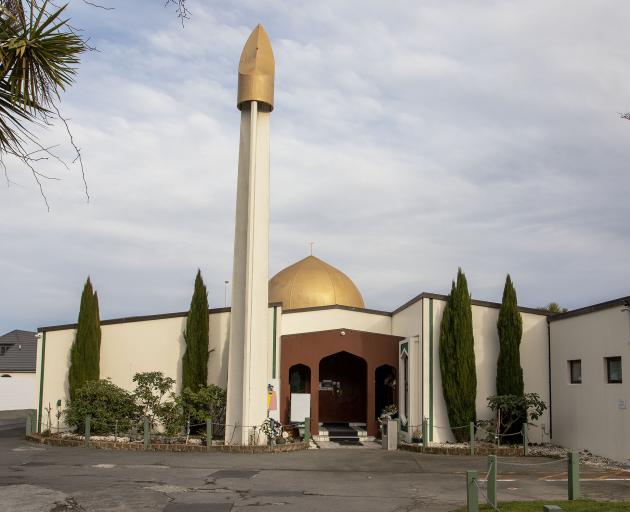 The group is now calling on the Government to address the social causes behind young white men being radicalised into fascism.

He was remanded in custody and granted interim name suppression.

The man was arrested at a St Albans property on Thursday evening, along with a second person who was later released.

But it was an anonymous activist group called Paparoa which was responsible for raising the alarm.

In an anonymous email provided to NZME, a spokesperson for Paparoa said the group is a collective of "anti-fascist researchers".

They were inspired to form in the wake of the March 2019 Christchurch mosque attacks.

"We came together as we saw that what was lacking in anti-fascism [action] in Aotearoa was a group that focused on researching and monitoring fascists. And [one that] could work with community groups, academics and journalists to expose them.

"Some of our researchers are relatively new, while others have been researching fascism and other forms of hate, like anti-semitism, for decades."

They say they monitor harmful online threats through "researchers" embedded in local communities and online spaces.

"We focus on online hateful content, as fascists today primarily organise online - unlike previous generations of fascists that organised in-person, like skinhead gangs."

The spokesperson said terrorist threats tend to increase around the anniversary of the Christchurch mosque attacks.

"This year it happened through the 4chan car-bomb threat, while last year fascist Action Zealandia member Sam Brittenden posted a message on Telegram, threatening to attack the Al Noor mosque.

"The Government should focus on creating and implementing policies and programmes that address the social causes behind particularly young white men being radicalised into fascism."

Massey University professor Paul Spoonley says the Government should be working with these kinds of groups to detect harmful threats.

"We really need to make this much more professional, we need to resource it properly and we need a government agency to work alongside these groups. So it becomes something that's official, and properly resourced, rather than a voluntary activity."