Apology over quake handling: 'We had no experience' 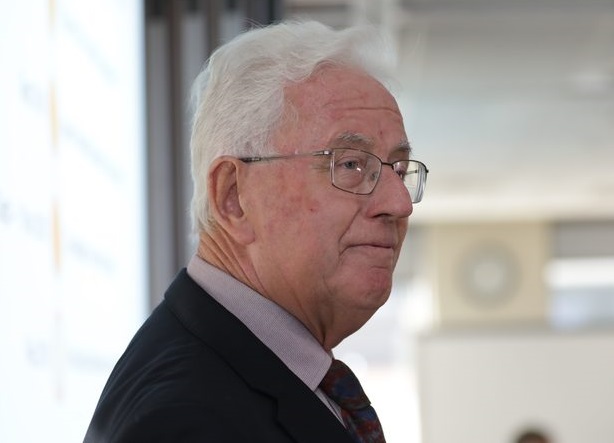 Sir Michael Cullen. Photo: RNZ
The Earthquake Commission has offered a formal apology for its handling of quake claims in Canterbury.

It came from chairperson, Sir Michael Cullen, and was included as part of the Commission's annual report for the year ended June.

Sir Michael made the apology as EQC tabled its annual report in Parliament today.

He said the report was an opportunity to show people in Canterbury and all New Zealanders that it was determined to do better in future.

"It's really an indication that we have been working hard at learning lessons from experience, recognising the failures of our systems and beginning to address those systemic failures."

EQC simply was not ready to deal with the sheer scale of the damage seen in greater Christchurch in 2010 and then 2011, he said.

"We had all kinds of back office functions that weren't scalable the way that was needed and then of course the government of the day decided, for perfectly understandable reasons, to take on a whole range of functions like a managed repair programme, which we had absolutely no experience in."

So how well was the agency doing now, especially since the changes brought in by its new Minister, Megan Woods.

Incredibly, nine years after the 2010 quake, new claims were still coming in, due entirely to damage being missed or initial repairs being botched.

So while the annual report showed most claims for the year ending June were resolved, 8200 in total, the work had continued piling up.

As of the end of September there were 2457 claims still to be resolved.

Sir Michael expected more to come in over the next year as so called on-solds - people who had the misfortune to buy a quake-damaged home, take advantage of the government's offer to see right by them.

Debbie Momo was one of those in the on sold category.

After a three-year battle including court action, which she could no longer afford, this year she settled her case with EQC.

She did not get enough to carry out the rebuild she has been told should be completed on her home, but said she ran out of energy to keep fighting.

"We were so tired and I wasn't very well at the time and we'd had enough really. The stress really took a toll on everything, our health, our relationship, really horrible thing to go through when it's all you can think about every day. [You ask yourself] I wonder what will happen today. I wonder will anybody actually do anything today. Will anyone listen to us. And it just went on for three years."

News of today's apology from EQC was no consolation for Debbie Momo.

Debbie Momo said their home was now worthless and even the land it sat on was compromised.

Her and her partner planned to live in it for as long as they could, but did not anticipate being able to even make back what they paid for it.

She was glad for now to put the whole sorry episode behind her and try to move on with her life.

"She did not get enough to carry out the rebuild she has been told should be completed on her home, but said she ran out of energy to keep fighting".
And this is how they win, they grind you down until you run out of motivation and energy so you accept a lesser payment, all so they can make a profit.