A former Christchurch ACC employee who won a compensation case for being bullied on the job is appalled the manager responsible appears to have been promoted.

In a first, the Accident Compensation Corporation must compensate a former worker for the depression and anxiety she suffered there.

When Yvette Phillips lost her job in a restructure at ACC and missed out on another role at her level, she took up a position two pay bands lower, earning $20,000 less. 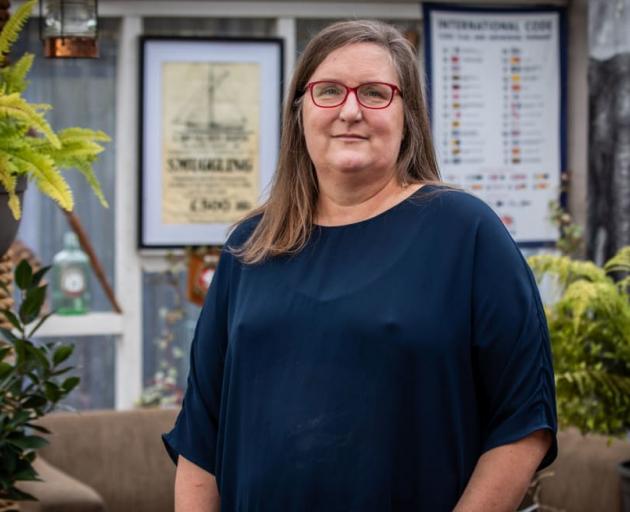 Yvette Phillips. Photo: RNZ / Nate McKinnon
She said there had been no other options for her at the time.

Meanwhile, the manager whose actions contributed to Phillips going on stress leave with depression and anxiety, appears to have been promoted.

An organisational chart provided to RNZ showed the manager had been seconded to what looked to be an executive-level position.

"It's absolutely appalling. To come out and say that ACC have got policies on what to do about bullying and harassment and still have this person promoted," Phillips said.

Phillips was a senior staff member at ACC who took her case to court and won -now the agency must provide ongoing cover for a mental injury that happened under its watch.

An employment specialist said the Wellington District Court judgment could open the gates for others in similar situations.

Phillips said her requests for ACC to investigate the then-alleged bullying internally were recorded by two different managers but as far as she was aware, there was no investigation.

"I don't know how I could have asked any other way. Two different managers had recorded it in their own notes," Phillips said.

"I feel like shouting - what did I have to do at the time to get this looked at properly."

ACC would only provide a statement outlining its process for dealing with allegations of workplace bullying, and declined to be interviewed.

A spokesperson said it started consulting in February on its new executive structure, which took effect this week.

Asked why the manager was promoted, the spokesperson said they could not comment on individual employee matters.

Institute of Organisational Psychology chair John Eatwell advises on best practice in HR and what it means to provide a supportive and safe work environment, and said employers were required to investigate claims of bullying in the workplace whether complaints were made verbally or in writing.

"WorkSafe's definition is 'provides an environment where people can flourish mental health-wise' rather than be damaged, so certainly the obligation on them would be to do some sort of investigation based on this judgment if not before.

"Best practice would be there's a terms of reference agreed with the complainant around what was going to be the nature of the investigation, who the interviewers would be and what the process would be. They would get a chance to view the conclusions of that investigation."

Phillips said she was disappointed and frustrated ACC did not respond to her complaints about bullying with an internal investigation.

"I'm without a job and without a career because these events that took place - that I've now got covered with a claim - were such gross misconduct."

She had moved her family to Christchurch to take up what she thought was her dream job with ACC - Phillips said she still could not visit the city centre without experiencing a panic attack.

"A lot of the aspects of enjoying Christchurch that we came down here for I don't really access anymore but I'm living the best I can and moving on in the best circumstances that I can now."