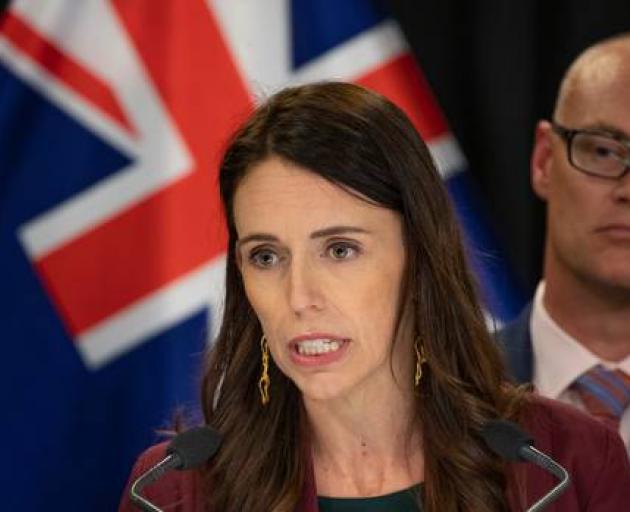 She also urged voters to condemn Jones' comments – which have been labelled "racist" and "irresponsible" by the Race Relations Commissioner Meng Foon – and to "act on their values when it comes to election time".

"We are in an election year and that has, I think, driven electioneering out of some of the different parties that are in Parliament – that includes parties in the Government."

Ardern was clearly in damage control mode when speaking to the Indian Weekender this week.

According to her ministerial diary, this was her first sit-down interview with the publication since December 2017.

She was pressed at length on Jones' comments and whether her response was strong enough.

Jones told The Nation last weekend: "I think the number of students that have come from India have ruined many of those [educational] institutions."

Ardern said he was wrong and that she "totally disagreed" with him.

But, speaking to the New Zealand Herald, Jones said he stood by what he said. His boss, NZ First Leader and Deputy Prime Minister Winston Peters, also backed Jones up, saying he didn't need to apologise. 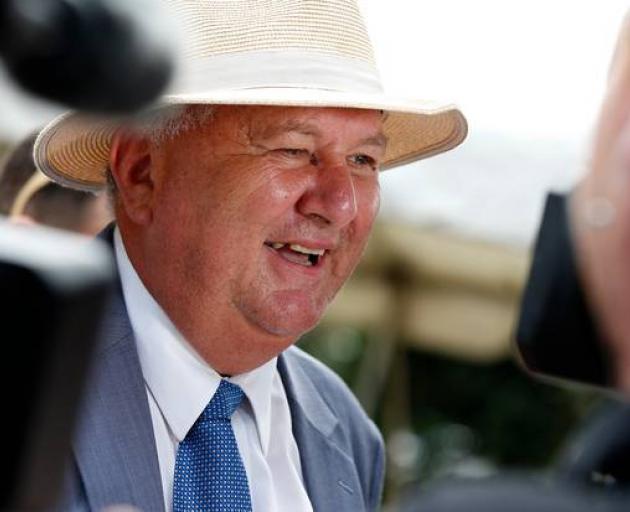 But asked if the comments were racist, Ardern again would not explicitly say they were.

What she had already said publicly was the "strongest condemnation I could possibly give [Jones'] comments".

She again cited the fact that Jones being in a different party to Labour as the reason why she has not gone further in her reprimand.

"If I had a member within my own party making statements like that, I would have a very obvious ability and course of action that I could take," she said.

"I could demote, I could reprimand; [there is] a range of things that I could do."

But all those things were off the table because – although Jones is one of her ministers – he is in a different political party.

She said voters had an opportunity to stop Jones from making comments like these in the future.

"My message to voters is this: In election year, the power now sits with you. You determine who is able to form Governments and you have it within your power to decide what you make of those remarks, as well," she said.

"What is within other's powers is to join in the condemnation of statements, like those we have seen made by Shane Jones.

"I asked of voters to act on their values when it comes to election time."

"I think the number of students that have come from India have ruined many of those [educational] institutions."
Jones is wrong and Ardern is right.
Jones comments can't be racist because he identifies as Maori and only people of the dominant culture, white europeans, can be racist so Ardern is right on both levels. The comments are wrong but not racist.
The reason he is wrong, is because our educational system has been "ruined" by the postmodernist (PC, Woke, socialist, virtue signalling) social engineering culture.
All the Indians I know, engage in the SEM fields which the 'humanities' are trying their best to ruin as well but migrant students from developing countries, having to pay full fees plus a little, easily see through this indoctrination because they fully understand the sacrifices that are being made on their behalf.
If anything, I would say our education institutions is a threat to these student sense of reality.
Oh, by the way, my earlier comment about Jones not being a racist was satire. He is a racist.
Just highlighting why Ardern can't call him a racist but the Race Relations Commissioner, Meng Foon, being of Chinese descendants can.
Pathetic isn't it.

Hard to recall a previous time when the quality of our politicians both in the Government and Opposition seemed of such average quality. Jacinda herself has a certain likeable charm but is a carefully crafted brand of photo ops and sound bites more than anything else.

"Ardern urges voters to condemn Jones' controversial comments", I make my own mind up, I don't need some politician how to tell me what to think.