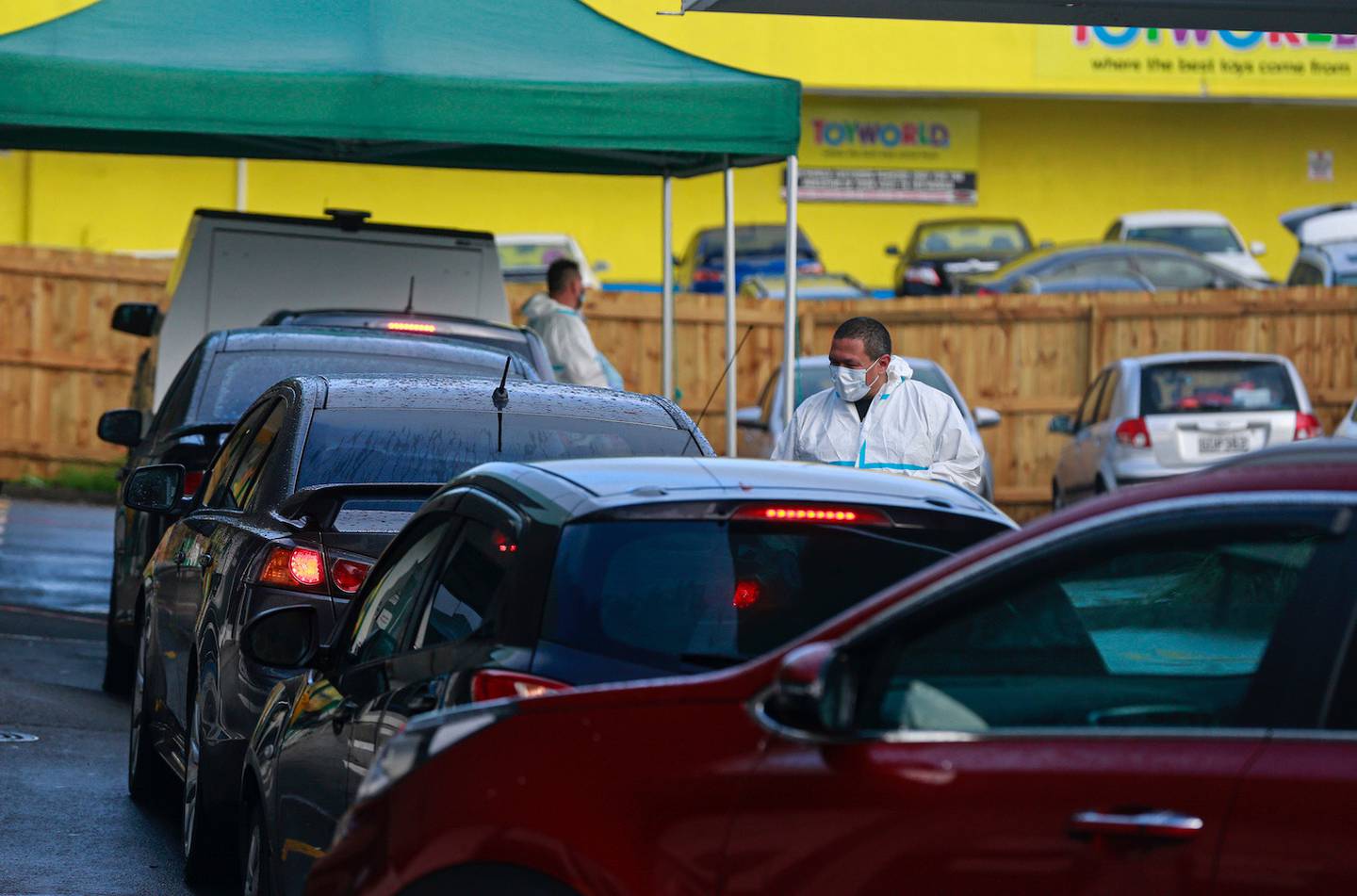 A busy morning at the Covid-19 testing station at the corner of Edsel St and Catherine St in Henderson, Auckland. Photo: NZ Herald
A person has been arrested at a Hamilton Covid-19 testing centre.

Police have confirmed they are speaking to one person at the Claudelands testing centre.

The testing location, at Claudelands Event Centre, reported being "overwhelmed", and is now turning people away.

It said it hadn't run out of tests, but the wait time for the current queue was up to five hours, with some people saying up to 300 vehicles were waiting.

Hamilton locals could still ring and book an appointment to be tested by designated GPs or an Urgent Care Clinic.

In Auckland, long delays have been reported at testing sites across the city.

However, multiple people were reporting long delays at testing sites, with one person saying they had been in line for two hours at the new pop-up testing site in New Lynn.

Another Facebook user on a Mt Albert community page suggested a traffic jam was stretching 2km along New North Rd from the testing station in Eden Terrace all the way to Morningside.

Ardern told the nation that four new cases of community-transmitted Covid-19 had been detected in Auckland, ending the 102-day streak of no new community cases in New Zealand.