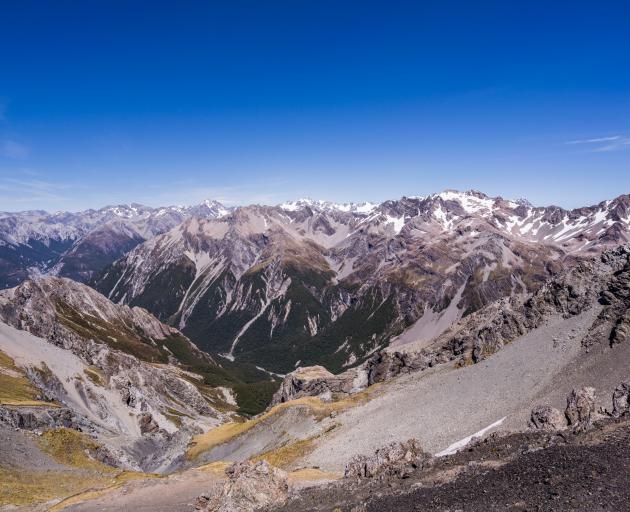 Aleksandr Tsygankov and his tramping companions went their own way while tackling a challenging route over the exposed ridges of Mt Guinevere (pictured) and Mt Lancelot. Photo: Getty Images
Trampers are being urged to stick together following the death of a Russian man in a fall in Arthur's Pass National Park in 2019.

Aleksandr Tsygankov (40) and his two tramping companions went their own way while tackling a challenging route above Crow Hut, over the exposed ridges of Mt Guinevere and Mt Lancelot.

The men returned to the hut, separately, on the afternoon of April 13, only to realise that Tsygankov was not with either of them.

His body was found at the bottom of a waterfall the next day, following an extensive search.

A coronial investigation found Tsygankov was a technically competent and keen tramper and mountaineer, but sometimes behaved recklessly on previous trips by walking off and doing his own thing.

The group had about nine hours to finish the trip before they lost daylight.

One of the men got ahead, leaving Tsygankov and the other man climbing the bluffs behind him.

The man with Tsygankov decided to return to the hut when he was hit by a rock.

"When setting off to move as a group, travel together for the entire journey, especially in technical terrain. Decisions to separate should only be made in an emergency situation," the advice says.

Hikers should also be prepared to turn back or change plans, stay in constant communication and avoid trying to move faster because of a lack of time.