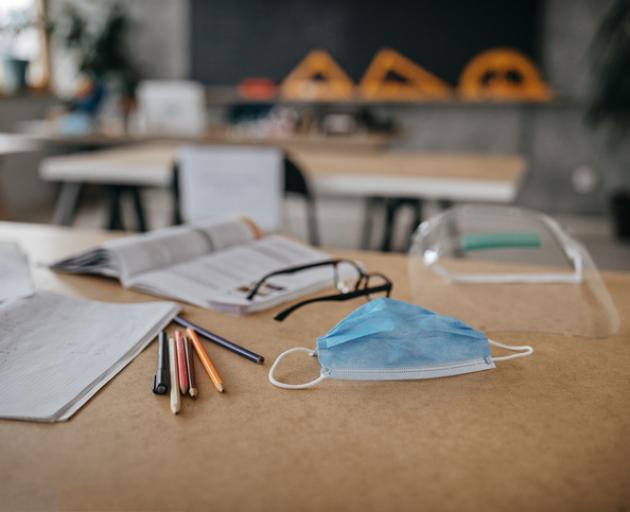 Ashburton College confirmed it has commissioned an investigative report in response to "concerns raised regarding some aspects of Te Whare Manaaki (our special needs unit)".

The school said the report was due out any day, which should please Porsha Coley.

She is leading the charge for change, having been a teacher aide at Ashburton College from 2018 until the end of the first term this year.

Coley left in April because she said she was not coping with the stress and frustration of alleged incidents against students not being properly dealt with.

She witnessed what she considered physical and emotional abuse episodes toward pupils from a teacher in the school's Te Whare Manaaki (student learning support unit), who Local Democracy Reporting has chosen not to name.

"[This teacher] physically grabs these students, as well as yelling and screaming at them," Coley claimed.

The alleged abuse took place in the unit, which catered for pupils who have various conditions such as autism and Down syndrome.

Ashburton College principal Ross Preece said it was a complex situation when he was first contacted about the allegations.

"It's being addressed," he said.

When asked how it was being addressed, Preece said he was not prepared to comment.

The Teaching Council of Aotearoa New Zealand declined to comment in response to an individual case.

"If there is ever a concern or complaint raised about an individual teacher breaching the code, it is assessed, investigated if needed, and action taken where necessary," a council spokeswoman said.

Coley was disappointed about the apparent inaction from the school after several concerns were raised in a letter to the principal on March 16, 2018.

Allegations of bullying and intimidating behaviour towards pupils and staff members were outlined in the letter.

"We have seen many students upset and crushed," the letter stated.

"We have safety concerns for the students in the unit. This should be a safe place that they feel happy about going to every day."

Emails obtained by Local Democracy Reporting dating back to 2019 also detailed other concerns from staff members, including an alleged incident where the teacher yelled and threw a pencil case at a pupil.

And in May, Coley took her concerns about what she believed was ongoing verbal and emotional abuse of pupils to the school's board of trustees.

Board of trustees chairwoman Jen Muir, in correspondence dated May 31, referred the matter back to school management because she said it was "a management responsibility rather than governance".

A mother of a pupil currently in the class, who Local Democracy Reporting agreed not to name because she was scared revealing her identity could impact on her child, confirmed she had lodged multiple complaints with the school after she noted a change in her son's behaviour.

She said she had also witnessed an incident during a visiting day where the teacher was physical with the pupil, forcing the mother to intervene.

It was alleged the teacher grabbed the pupil's arm and squeezed his hand until he answered an exercise correctly.

Anna Thorpe, who has an autistic son in the class, confirmed she had also expressed concerns to school leaders.

NZCare Disability support worker Amy Smitherham, who worked alongside the Thorpe family, said she had been involved with meetings between the family and the school.

She alleged she had been obstructed by the teacher from working alongside the pupil at the school, despite being qualified to do so.

On Thursday, as part of a written response about the situation, the school's principal said the school worked very hard to provide a safe and welcoming environment for the students in the unit.