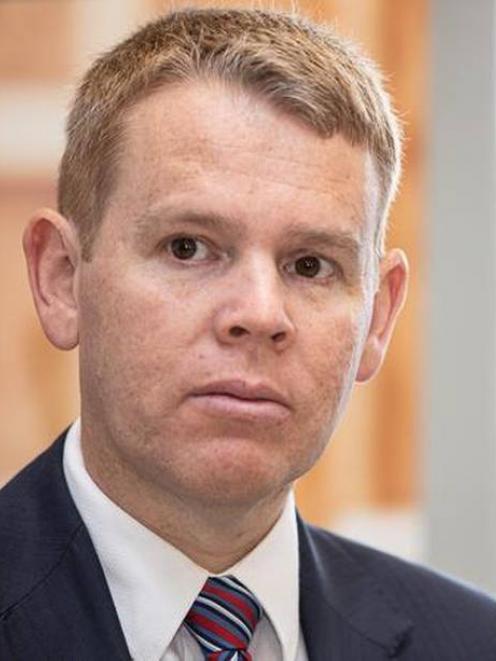 Chris Hipkins. Photo: ODT files
Genomic sequencing shows the strain of Covid-19 a Managed Isolation and Quarantine worker has is the UK variant and is most closely linked to a passenger that arrived on April 10, the Covid-19 Response Minister says.

Chris Hipkins told RNZ's Morning Report programme today he was awaiting confirmation that the worker cleaned the plane of the most closely linked returnee.

"The match is exactly the same, it's identical, so that would suggest it's person to person [contact]."

An investigation under way would uncover how the person picked up the virus, he said.

However, it was possible that with the air conditioning switched off in planes as they were cleaned, droplets from someone with Covid-19 positive could still be in the air, he said.

"The nature of a plane if the air conditioning is not going is that the air is quite stagnant. It's possible that that was still hanging in the air when someone went in to clean the plane, particularly if that happened quickly after it arrived."

The worker concerned was very diligent, signed in regularly and scanned QR codes, and wore the appropriate PPE, Hipkins said.

"By all accounts this person appears to have done everything right."

It's believed the person was infectious from Saturday, he said.

The person's household contacts have all tested negative however 16 total close contacts were identified.

The worker was fully vaccinated early on in the campaign and were last tested on April 12 and 19.

Prime Minister Jacinda Ardern yesterday said people could still get Covid-19 after being vaccinated, but it would make them a lot less sick than otherwise. The Pfizer vaccine which is being used in New Zealand provides about 95% protection against the virus.

There is no change to the transtasman bubble.

"Ultimately both sides of the Tasman... our first expectation is that we look to see whether we can contain any cases using contact tracing. I'm relatively confident based on what we know at the moment that we should be able to do that in this case," Hipkins said.

"When you keep testing people you're going to see people throwing positive tests even though they're well."

It was important to point out the worker who tested positive was not symptomatic, she said.

Three locations of interest related to this case:

With a decision looming about resuming travel from India, Hipkins said it was not fair to say if a country had many cases they were automatically in the red-zone but it's important to look at the impact this has on New Zealand's risk.

"If you look at the US for example, yes there are a lot of cases there but actually the infection prevention controls that we're got in place are working very effectively from the US and we're not seeing a lot of cases coming into New Zealand from the US.

"On the other hand from India, our concern was that we were seeing a lot of cases come in from India."