Auckland will move to Covid-19 alert level 3 for two weeks from 11.59 pm tomorrow night, with the rest of New Zealand remaining at level 2.

Prime Minister Jacinda Ardern said Cabinet had accepted advice that level 4 had helped contain the outbreak, and level 3 still provided the rules to keep up that containment.

For the rest of New Zealand, including the South Island, level 2 restrictions on the number of people at indoor gatherings would be raised to 100 from 50. This included hospitality venues.

Ardern on why South Island is staying at level 2

Ardern said this shift in level 2 settings would "make a difference" for businesses outside of Auckland.

When asked why the South Island could not shift to level 1 while Auckland was at level 3, Ardern said people were still leaving Auckland which presented a risk.

Essential workers were leaving the city for legitimate reasons, and some rule-breakers were finding ways to escape.

Having level 2 in the rest of the country gave an extra level of protection in the situation a Covid-19 case left Auckland  - as had happened in recent times with a truck driver and a prisoner.

"We are not a country where you can easily build a wall around one part of our country.

"We are a very mobile nation."

Ardern reminded Aucklanders that bubbles remained, and they should not visit friends or neighbours. Children should not be allowed to play with each other.

"Small" changes to the bubble were allowed to bring in someone who was in lockdown alone, or a caregiver.

"Your bubble must remain small and exclusive," Ardern said.

Addressing the media shortly after 4pm, Ardern said it was now known Delta had been in the community for 7-10 days prior to the first case, and level 4 "was the right move and has worked".

"To everyone, but especially Auckland, thank you for acting quickly and for persevering." 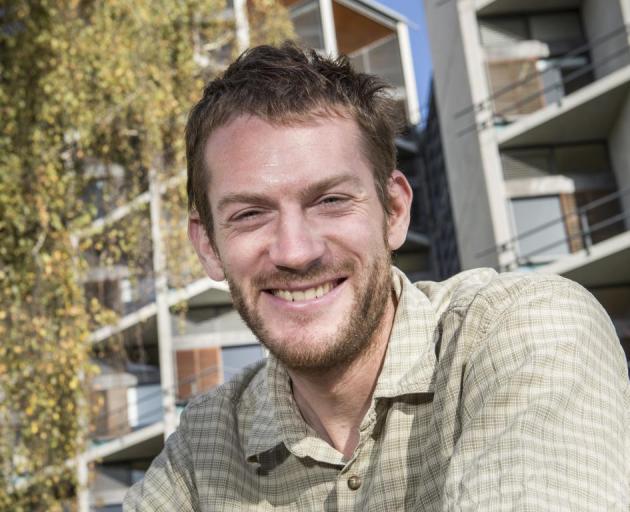 Te Pūnaha Matatini Covid-19 modeller Professor Michael Plank said it was a calculated risk moving Auckland to alert level three and there was a very real chance of returning to level four within a matter of weeks.

"The success of level three will really depend on people following the advice to not break their bubble and to keep their bubble tight because that is going to be what stops the virus from spreading," Plank said.

He said although the majority of cases were under control and were household or known contacts, we were still seeing some spread between households and it was proving difficult to stamp out.

"There is a danger in level three that an increase in the number of people that were out and about could just make that spread between households all the more difficult to ring fence," Plank said.

"It relies to a large extent on people doing the right thing now."

Plank said people meeting up with friends and family members not in their bubble was our biggest risk.

"It's really important that people don't take this reduction in alert level as a signal danger has passed."

Plank said this was a really tough decision for the Government to make as five weeks was a long time for people to be in strict lockdown and people were tired.

"The Government is trying to balance a range of factors so it is a complex decision and a very tough call," he said before adding if there was a "sustained increase" in the number of cases or number of households affected by Delta then it was likely Auckland would move back into level four.

"That would suggest that level three is not enough and a return to level four restrictions would be inevitable," Plank said.

Plank said it was hard to say how long Auckland could be in level three as it would depend if people followed the rules.

90 per cent vaccination rate the target

Ardern said it remained a "zero tolerance" case, but was confident that would continue at level 3.

"It means stamping out cases where they are found," she said. "That was done by contact tracing and testing.

"We would want a level of comfort we had those cases well under control in a level 2 environment, so that's why we've said level three for at least two weeks."

Ardern said it was not simply a matter of case numbers - many of the households in this outbreak were large households. High vaccination rates would undoubtedly be a game-changer, she said - "but the keyword there is high".

Ardern said Bloomfield was aiming for 90 per cent plus: "that's the range we want to see people aspiring to. That's the level where we might have fewer restrictions"

Bloomfield said current modelling was to hit the 80 per cent vaccination mark by early October, but he hoped it would get there more quickly.

Ardern said almost all cases in the last 14 days were known contacts of existing contacts, and they were confident there was no significant undetected transmission. For the most part there were not widespread issues with workplaces, and most workplaces had strict protocols in place.

She said masks, distancing and limited travel were all important "and must continue to be used". It was essential to keep bubbles tight "and all of these features are part of level 3".

Businesses could re-open if they did so safely. That included Covid tests for any staff with symptoms.

She urged those who could to work from home if they could and to keep young children at home.

Children should only be going to school if parents were essential workers.

Cabinet has also mandated mask use at high schools which were open at level 3.

Events could still not happen, apart from a maximum of 10 for events such as weddings, funerals or tangihanga.

Ardern said everyone was encouraged to wear masks outside of their bubbles.

For over-65s in Auckland, Ardern said level 3 posed a higher level of risk. She urged those aged more than 65 to stay at home until they had been vaccinated. There were about 23,000 people aged over 65 in Auckland who were not yet vaccinated.

Healthline were now calling older New Zealanders to urge them to get vaccinated, and answer any questions they might have.

She said the only other time older people had been asked to stay at home was right at the start of the 2020 Covid-19 lockdowns "when we didn't have a tool to protect you. Now we do have a tool - please use it."

On the boundaries around Auckland, Ardern reiterated the need to have a weekly test. People who were travelling for personal reasons, with an exemption, now also needed a negative test up to 72 hours before they travelled.

On the boundaries around Auckland, Ardern reiterated the need to have a weekly test. People who were travelling for personal reasons, with an exemption, now also needed a negative test up to 72 hours before they travelled.

Ardern urged Auckland to remember level 3 was still a lockdown. and said staying in level 4 for the five weeks had been important to give reassurance that the outbreak was under control.

She said that was first, checking how widespread transmission was, and then making sure it was circled.

Asked if she could still eliminate Delta under level 3, Ardern said level 3 was the level that was first used in other outbreaks. Level 4 was used instead this time because it was Delta, and it was seen what happened in Australia.

Ardern said it was important people did not mingle with others, contact was restricted, and measures such as mask use were taken. "If everyone continues to play their part, we can continue to stamp it out."

Director-general of health Dr Ashley Bloomfield said he was "very confident" there was not a pool of undetected chains of transmissions, and the cases were now geographically confined around the south Auckland areas.

"Elimination is about stamp it out, and that's what level 3 is about. The difference is that this is level 3 with high and increasing rates of vaccination."

Ardern said five cases were unlinked for today, but three in one family and there was a "tentative" link.

Authorities had tested in and around the cases south of the border, including corrections, court and Police staff and there were still only the three cases reported this morning, Ardern said.

More than 300 testing swabs had been taken in Kaiaua which was a small community.

Director-general of health Dr. Ashley Bloomfield said in addition to steps already in place, a section 70 notice for people around Mangatangi would effectively increase the border around Auckland.

It would require those who had visited or lived there since September 8 to isolate and monitor symptoms. That included the school and a marae.

People were asked to monitor locations of interest.

Ardern said it was a "bespoke" level 4 lockdown requirement around that area.

The reason a boundary approach and a section 70 were used was to ensure those who worked in that area but did not live there were also covered.

Cabinet met this afternoon to consider whether to shift Auckland out of its five-week level 4 lockdown.

It was always going to be a tricky decision given case numbers in the past several days have tracked over 20 with still unlinked cases and exposure events, but for the past week top ministers have reiterated their desire to ease restrictions.

However, three new cases reported overnight just south of the Auckland lockdown boundary in Whakatīwai add another complication, with some experts now calling for Waikato to be moved up an alert level.

The three cases are in a family linked to a remand prisoner who was at Auckland's Mt Eden Corrections Facility and was released on e-monitored bail to a house in the Firth of Thames on Wednesday, September 8 - when Auckland was still in alert level 4 lockdown.

Most people still hold out hope Auckland will be moved to level three.

Of these, 17 are linked to known cases, while five are unlinked. There are still 12 unlinked cases recorded from the past 14 days.

Of the five unlinked cases today; three are from one household; the other two are being interviewed.

Ten were already in quarantine when they were tested. The new cases bring the total number of active cases in the outbreak to 377. Sixteen people are in hospital, including four in ICU.

The majority of the new community cases reported today are located in Auckland, while three are those located in Whakatīwai.

Six of yesterday's 24 Covid cases were not in isolation during the period they were infectious.

That meant there are currently 141 locations of interest.

There were 26,673 vaccines administered across the country yesterday, of those 14,145 were first doses and 12,528 were second shots.

This was less than a third of the peak vaccination period about three weeks ago, and the lowest daily total since August 15 - the Sunday just prior to the current outbreak being reported.