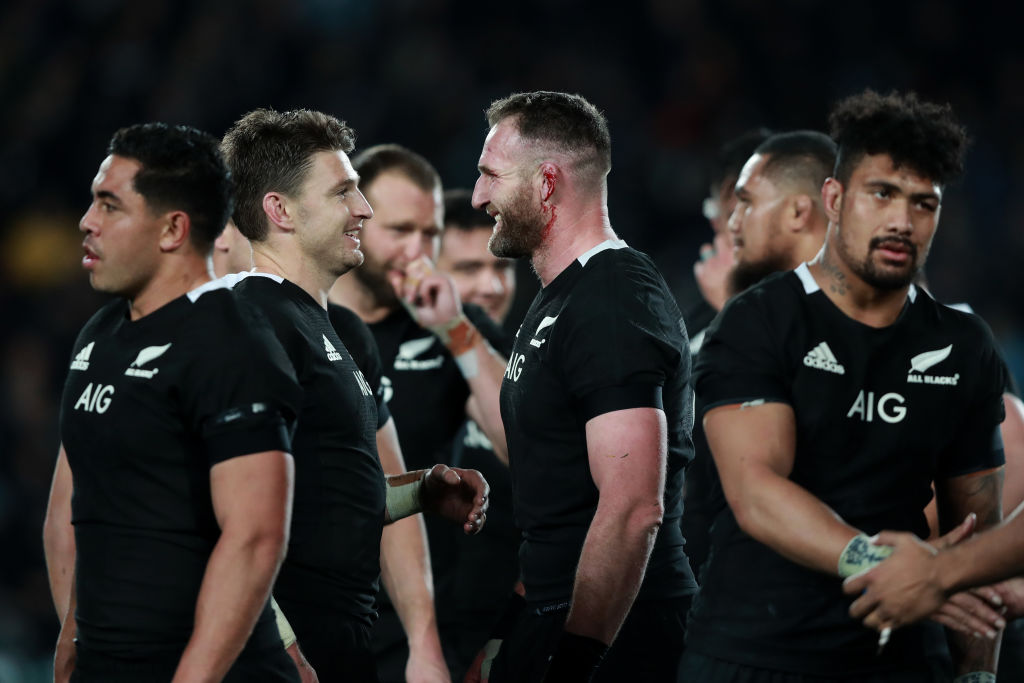 All Black fans will be able to watch the team at the World Cup at eligible licensed premises. Photo: Getty
The Government will introduce a bill to enable bars and clubs to stay open and serve drinks during Rugby World Cup games next month.

Little said the bill would allow eligible licensed premises to open during the RWC games, even if those games were outside their usual trading hours.

"It's pretty clear some clubs are having difficulty persuading their district licensing committees to grant a special licence to extend their hours for this obviously special event, and so it makes sense for Parliament to allow clubs to meet a community desire.

"There are some premises, such as clubs in rural areas, who tend to have earlier closing times and we want to make sure that these communities have the opportunity to enjoy the games."

Little thanked Seymour for his work drafting a bill on the issue, which Seymour intended to bring to the House yesterday, but he held off after the Government requested 24 hours to seek advice.

Seymour told the New Zealand Herald he was happy that the issue was going to be resolved.

"I'm delight the Government, and all of Parliament for that matter, is seeing sense."

Seymour led the charge on a similar bill for RWC games in 2015.

The latest quarter-finals at the RWC this year start at 11.15pm NZT, the latest semifinal at 10pm NZT, and the final and bronze playoff are at 10pm NZT.

Local authorities can grant special licences to bars and clubs through district licensing committees, but two clubs - Titirangi RSA and Waihi Beach RSA - have already had their applications declined.

That had prompted Clubs NZ operations manager Lucy Waterreus to contact Seymour to enlist his help, saying the issue could affect up to 180 clubs.

Hospitality New Zealand has also estimated that 50 per cent of its membership – or 1500 on-licence venues – might be impacted.

Seymour has said that a law needed to be passed this month to be in place in time for the first kick-off on September 20.