Bat beats feathered frontrunners to be Bird of the Year 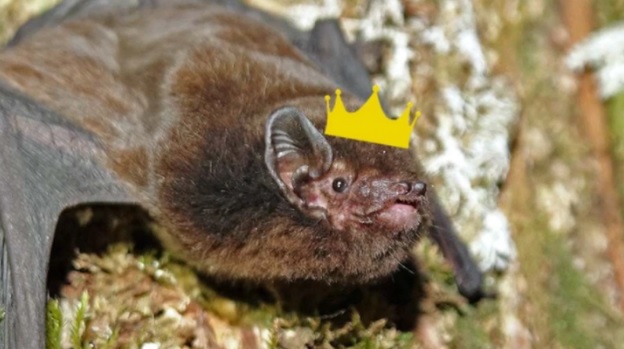 The competition saw the highest number of votes ever and the bat won by 3000.

Second place went to the kākāpō, titipounamu got third, the kea was fourth and the toroa was fifth. The black robin/kakaruia, kororā, ruru, whio, and Rockhopper penguin made up the rest of the top 10.

For an animal that is usually hidden under the cover of darkness, you've enjoyed a lot of visibility this over the past month.

Fehnker-Heather said bats were threatened by pests such as possums, stoats, rats and cats and Bird of the Year was an opportunity to give them a moment in the sun they don't usually have.

"Bats are New Zealand's only native land mammals, and they are classed as nationally critical, and they face a lot of the same threats that our native birds do.

"This year, we thought we'll try and get more people aware of bats and the threats that they face. We thought we'll include them in the Bird of the Year because there's only two bats [species], so having bat of the year would not have been very exciting."

Including the bat attracted controversy this year, and Fehnker-Heather wasn't against future competitions throwing the metaphorical cat amongst the pigeons.

"It wouldn't be Bird of the Year without some scandal, so we never know what will happen."

Who decides who wins bird of the year. Out of all the birds in New Zealand, a bat ?..REALLY ?

Well, we have changed the definition of marriage, there is confusion between sex and gender, leather can now be vegan, we can pick and mix birth certificates so why not redefine species. What next? Cat wins Crufts? Horse of the year show won by camel?