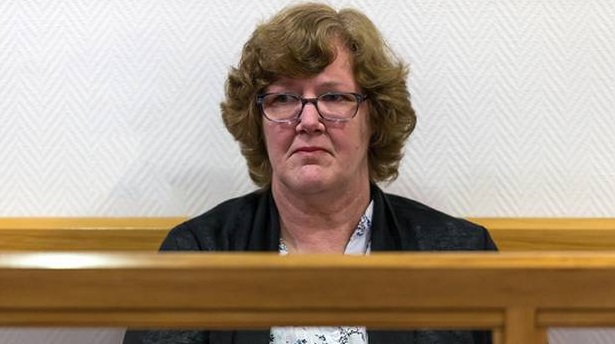 Milner, dubbed the "Black Widow", was found guilty by a High Court jury in December 2013 of fatally poisoning Phil Nisbet with crushed sedatives in his food.

She was sentenced to life in prison with a minimum non-parole period of 17 years.

Milner (55) has so far unsuccessfully appealed against her murder conviction.

But in a new twist, Milner is trying to secure the release of Christchurch truck driver Nisbet's hair, blood, urine, and liver samples, which she says will prove her innocence.

Milner applied to the High Court in Christchurch for an order to get the body samples sent to Australian laboratories for testing.

She hopes that the test results may support an application to the Governor-General for an exercise of the Royal prerogative of mercy, which provides a special avenue for criminal cases to be reopened "where a person may have been wrongly convicted or sentenced".

Nisbet's sister Lee-Anne Cartier, who was praised for her detective work in helping secure Milner's conviction, opposed the application.

The samples are held by the Institute of Environmental Science and Research (ESR).

Dr Martin Sage, the forensic pathologist who performed the autopsy on Nisbet, found that the "ingestion of excessive promethazine was the operating cause of death". His conclusions relied on samples taken from Nisbet's body.

Both Coroner Sue Johnson, who first raised suspicions with Nisbet's death which led to police reviewing the case and ultimately launching a homicide investigation, and the Court of Appeal said they had no jurisdiction over the samples.

In a newly-released judgment High Court judge Justice David Gendall ruled that the Court of Appeal does in fact have "custody" of the samples and must now decide whether they are to be released to Milner's lawyers.

"The proper course now, as I see it, is for the Court of Appeal to reconsider the matter," Justice Gendall concluded.

Defence counsel Rupert Glover has previously said that Milner is adamant of her innocence.

Milner argued in the Court of Appeal that the jury's verdict was unreasonable because the prosecution did not prove beyond reasonable doubt that it was possible for her to have administered the drug Phenergan without her husband noticing its bitter taste.

The court found it was not necessary for the prosecution to prove exactly how the mother of two had administered the drug so Nisbet did not know about it.

The mechanics of administering the drug was simply one factor for the jury to weigh up in the context of a strong circumstantial case, they ruled.

They added that other, circumstantial, evidence supported the jury's verdict.

Purchases of Phenergan under fake names were linked to Milner, and her son Adam Kearns gave evidence that he had seen her crushing pills.

She had expressed a wish to kill Nisbet and take advantage of his $250,000 life insurance policy, the court had heard.

And suicide notes given to the police by Milner contained errors and other features that matched samples of her writing.