The two police officers who arrested the accused Christchurch mosque gunman on March 15 have been honoured and received bravery awards at a ceremony in Wellington today.

The pair say they were just doing their jobs but are proud they were able to prevent the possibility of further casualties.

"We know our families are truly proud of what we were able to do, and that has helped tremendously in the past months.

"For us, knowing we played our part in possibly preventing further casualties is really important."

The two officers were recognised for their efforts at the annual Police Association Conference, being held in the capital this week.

The awards were presented by Prime Minister Jacinda Ardern and were closed to media because the officers both have interim name suppression, granted by Justice Cameron Mander.

It is understood both officers may be called to give evidence at the trial for the man charged in relation to the alleged terror attack. 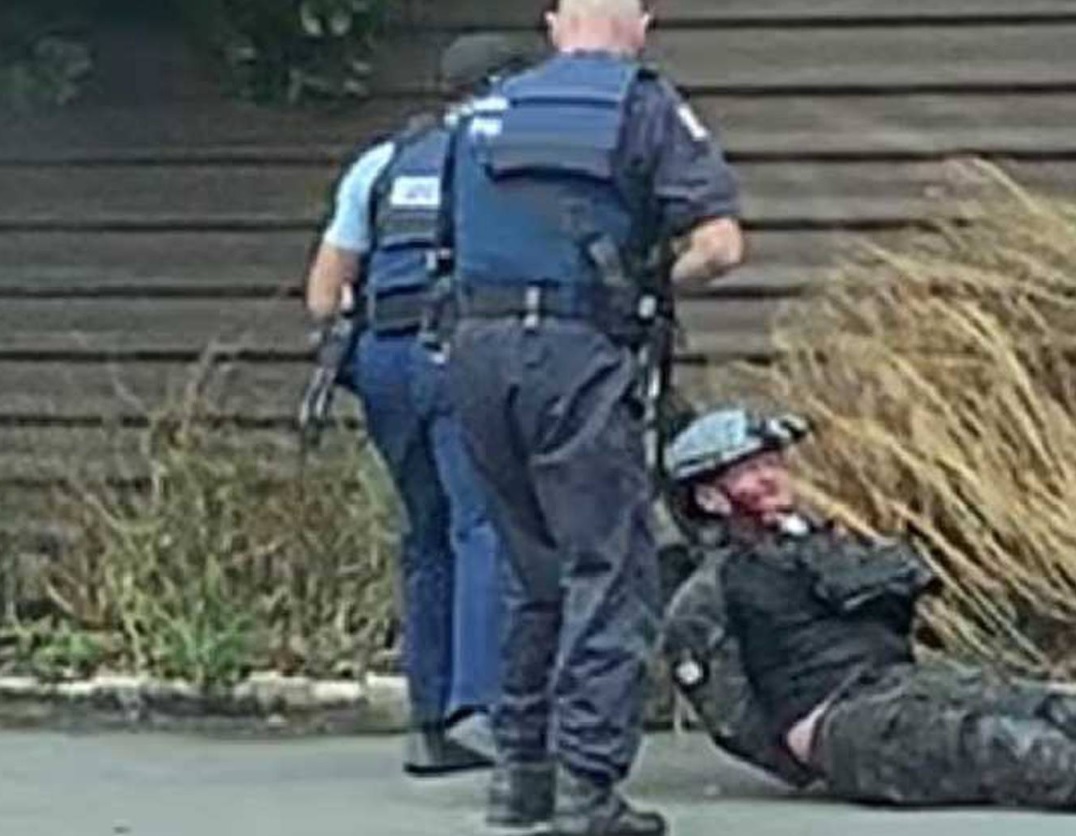 The moment the alleged gunman was caught by police.
The Australian national is charged with murdering 51 people during the attacks at the city's two main mosques.

He is also facing 40 charges of attempted murder and one charge laid under the Terrorism Suppression Act 2002.

The 28-year-old has pleaded not guilty to all charges and will go on trial next year.

He was arrested just 18 minutes after he allegedly started shooting indiscriminately at the Al Noor mosque on Deans Ave.

Footage of the arrest went viral and the two officers who brought the accused mass murderer down were labelled heroes by the public and their boss Commissioner Mike Bush.

The two officers - whose ranks and specific locations they are based cannot be reported for legal reasons - attended the awards today.

They were joined by family members.

The Police Association said officers A and B were extremely proud to be recognised, particularly as they were nominated by their colleagues.

"We were doing our job and were part of a huge and focused operation which resulted in the arrest of the alleged gunman. In doing our job we represented all Police staff around the country who put themselves in harm's way every day. This includes those who have gone before us who set the bar high for the rest of us to meet," the officers said.

"We have known each other for many years, including playing many games of rugby together, and had total trust in each other's abilities, and total faith that the other would do their job and continue to go forward regardless of what we encountered."

With a good knowledge of Christchurch and as experienced police officers, they had the foresight to consider potential escape options. At that stage they did not know if there was more than one offender, but the officers believed there was already a good chance the offender, or offenders, would have left the mosques.

They were proud of the way New Zealanders had united as a nation "that rejects such abhorrent views and actions that were behind this atrocity".

"To those families who were torn apart by this event, through death or injury, our hearts go out to you all. As officers our job is to keep New Zealanders safe so when we can't do that, it cuts deep."

Police Association President Chris Cahill said all police staff were incredibly proud of the courageous actions of their two colleagues.

"All officers wonder how they would respond when faced with a split-second decision to risk their lives," Cahill said.

"These two officers have answered that question by responding with outstanding bravery which protected many others from further harm."