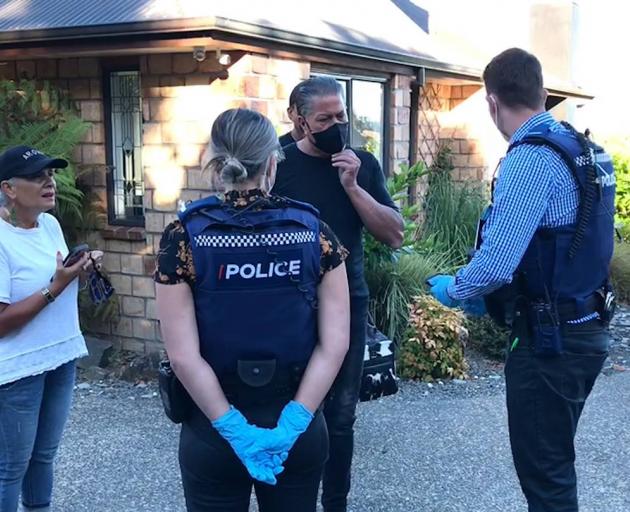 Tamaki will be remanded in custody to Mt Eden Prison until January 27. He did not make any response as the judge handed down his decision.

Judge Evangelos Thomas said the only information which can be reported from today's bail hearing is the outcome.

Tamaki is facing five active charges and was in court today for allegedly breaching his bail conditions.

He was dressed in black during the hearing, sitting in a white room. He remained motionless and expressionless throughout.

There have been allegations that Tamaki breached bail conditions by speaking at a January anti-vaccine rally in Christchurch.

The 63-year-old has previously been charged three times over his attendance at Auckland Domain lockdown protests. He has pleaded not guilty to all charges, including allegations he violated the conditions of his bail.

Tamaki and his wife Hannah posted a Facebook live video this morning at their home, announcing he was about to be arrested.

Brian Tamaki said he was speaking up on behalf of businesses and other individuals who had been hurt or affected by vaccination mandates.

"For all of those who say 'book him, send him off to jail', you don't understand about why this has happened and I should never have been charged in the first place thank you."

And he said he may become the country's first political prisoner should he be jailed later today.

The livestream continued as Tamaki was arrested with supporters on a motorbike following the police car's journey to Mt Eden remand centre where he was greeted by more than 50 people, who blocked police entry.