Bridges on Greens' attack ad: 'They're feeling the pressure' 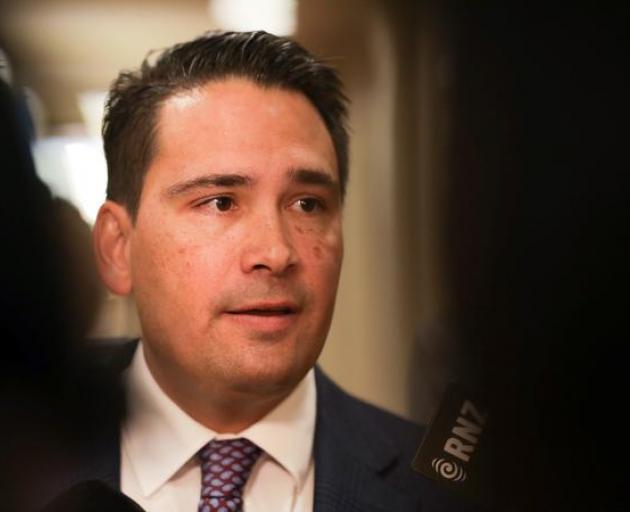 The Greens' own supporters demanded that the video be removed, forcing the party into a swift apology and backdown yesterday.

The ad was an attempt to counter National's criticism of the Government's plans to offer a discount for new electric vehicles.

"We were trying to use satire to make a point about National's use of attack ads," Greens' leader James Shaw said.

"Where they've gone wrong is they're holding me to account on my accent.

"Look, I don't mind - but some do. Politics is rough and tumble - people do things, I'm not going to judge them."

Mr Bridges said it raised the issue of the place of so-called attack ads.

"If you look at what National has done, we've done it because we're trying to get serious issues up on to the agenda - the cost of living, the taxes being piled on by this Government.

"What we've seen this week, both from the Labour Party and the Green Party, they haven't done it before, is attack ads on me. They're clearly feeling the pressure."

He said National used Facebook and social media for messages which were sometimes controversial, but not for personal attacks.

The short-lived ad followed a long-running debate between Mr Bridges and Green Party minister Julie Anne Genter about the Government's policy to encourage the use of electric and hybrid vehicles earlier this month.

Mr Bridges said he was "not remotely" a climate change sceptic, but vehemently disagreed with the Government's approach.

"Rather than be creative with positive plans that make a difference ... they've jumped straight into the cupboard for the easy and I think negative answer of tax."

Declaring a climate emergency would be a level of alarmism that was not required, he said.

Prime Minister Jacinda Ardern again said this week she supported a declaration of climate emergency in Parliament, but stopped short of committing to such a move.

"I think the world's in a climate emergency," she told RNZ.

Green MP Chlöe Swarbrick in May sought a motion for Parliament to declare a climate emergency - without debate, and without giving notice to fellow MPs. Objection was raised, however, and the motion failed.

"Climate change is serious, we need to make positive steps over time and we certainly will whether it's a Labour or National government."

Devastating an economy and people's livelihoods and piling costs on to individuals wouldn't be productive and would result in a backlash.

It would be good if the greens went away and had a smoke / then more smoke... and more..... and go into dream land and don't come back.