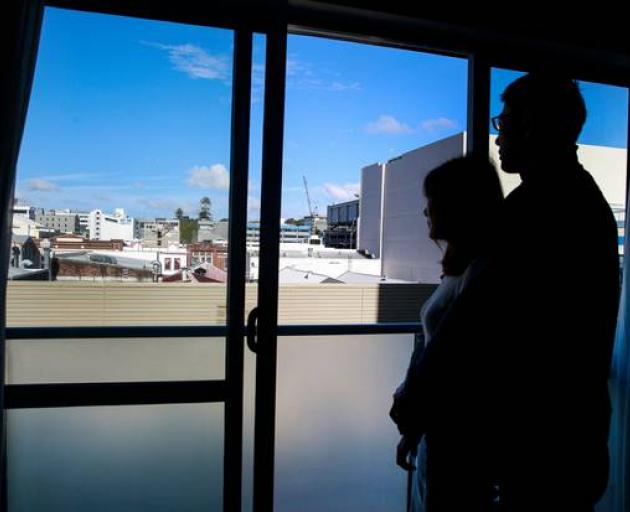 Sam and Amy Dong believe their daughter Joanna will be better off with a fresh start in NZ. Photo: NZ Herald
The parents of a 10-year-old girl who lost both arms in a bus crash say the sentence for the driver is an insult.

Bus driver Liang Fang (32) was on Tuesday sentenced to 200 hours’ community service and ordered to pay $6000 to Joanna Dong and $3000 to another woman who lost her arm.

Joanna’s father, Sam Dong (40) told the Herald on Sunday the verdict was unfair - and says he was only told about it in an email from police.

"The pain and trauma that we are going through is unimaginable. It is worst for Joanna, but the whole family - myself, my wife and even her grandparents in China - are living every day in pain," Mr Dong said.

"I feel that New Zealand’s justice system has failed us. The reparation payment adds insult to injury and the penalty faced by the driver shows there is no justice."

Mother Amy Dong remembers vividly the day of the crash, on January 21. The Awing Travel NZ Ltd bus and trailer tipped to its side and skidded for about 40m after Fang lost control.

The group was travelling towards Queenstown on the Glenorchy-Queenstown Road.

Twenty-three people were on board, including the driver, and 20 were treated for injuries by St John staff at Wilson Bay.

"Joanna was on the ground and I rushed to her. My mind went blank when I picked her up and noticed that she didn’t have her arms," Mrs Dong said.

Joanna was flown to Dunedin Hospital in a serious condition.

When the Herald on Sunday visited the Auckland serviced apartment where the family is staying, Joanna was afraid to come out of her bedroom.

Mrs Dong said her daughter’s confidence and sense of security were shattered and the once-extroverted girl was now afraid of seeing people.

"Joanna loves dancing, she’s won many prizes in dancing competitions, now she can’t feed herself, dress herself or even clean herself after a bathroom visit," Mrs Dong said.

Mrs Dong said Joanna enjoyed and excelled in Latin dancing, where the moves required repeated swinging of the arms with clenched fists.

"The reparation money, I’ll gladly give back every cent and fork out many times that, if Joanna can get her arms back."

The family chose New Zealand for their holiday because Joanna really wanted to come here after hearing from friends who had been here on study tours.

The couple left their other child, a 1-year-old baby, in the care of Mrs Dong’s parents in Shenzhen.