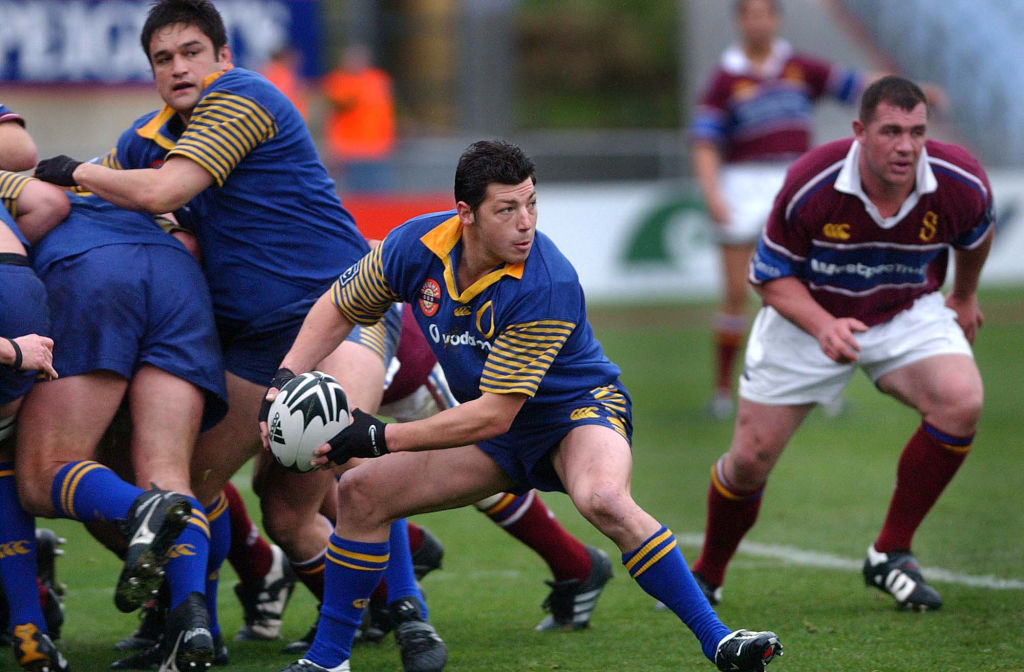 Byron Kelleher in action for Otago against Southland. Photo: Getty
Former Otago and Highlanders halfback Byron Kelleher has been identified as the All Black arrested for assault after an incident at an Auckland residence in September last year.

The troubled 57-cap halfback, who played his last test for the national team in 2007 and retired from all rugby in 2012, is facing charges of assault and wilful damage allegedly involving his fiancee's ex-partner.

Kelleher (43) had applied for permanent name suppression earlier this year, arguing that publicity around the case would adversely impact his ability to earn income, but the application has been successfully challenged by Stuff.

He is reportedly facing charges of assault and wilful damage.

According to Stuff, Kelleher was involved in a minor altercation - described by his lawyer Mark Edgar as a "push and shove match" - with his fiancee's ex-partner in September 2019 after he had been drinking alcohol.

It is alleged Kelleher caused damage to the man's property.

The incident in September isn't Kelleher's first brush with the law - the former Highlanders and Chiefs player, who spent more than a decade in France before recently returning to New Zealand, dealt with French police in 2009 following a brawl that occurred in Toulouse after a collision while driving drunk.

He was also briefly taken into custody in October 2013 for "driving while intoxicated" in Bordeaux.

Then in 2017, Kelleher was found guilty of domestic violence in France.

According to French media, he was fined $300 after appearing in the Correctional court of Toulouse.

Kelleher is expected to reappear in the Auckland District Court on Friday.