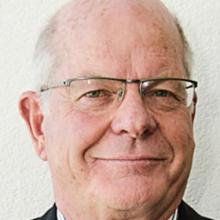 Nigel Gould has resigned from his position as chair of the Civil Aviation Authority after a request from Transport Minister Phil Twyford.

"I told Mr Gould the CAA was going through some big changes and it would be best to have fresh leadership at this time," Twyford said in a statement this evening.

"I have thanked him for his service to the authority."

The CAA has been through a turbulent time, with the Ministry of Transport currently looking into its regulatory performance and its internal culture following allegations of bullying and sexual harassment.

Gould told Radio NZ this evening that he had resigned because Twyford had asked him to, and was not aware of anything he had done to warrant the resignation.

"He gave no reasons in the conversation," Gould said, who said Twyford had informed him yesterday.

He would not comment on whether he was treated fairly, but said he had been prepared to stay on to guide the CAA through the issues it was facing.

"I'm obviously disappointed. My term should have finished in June and, as requested, I agreed to stay on another 12 months."

He said the call from Twyford had been a surprise, and called Newshub's reports of alleged sexual harassment an "inappropriate media focus" that made a "meal out of a few crumbs".

But he said the CAA was fully engaged with and supportive of the Ministry of Transport's inquiry because "you never know what you don't know".

In June the Herald reported alarm within the aviation community over regulatory inconsistency and resourcing, as staff told Newshub of a toxic work culture at the authority and claimed bullying and sexual harassment.

Last month Twyford criticised Gould for questioning the motives of staff who had made claims about bullying and sexual harassment at the CAA, but he said at the time that Gould resigning would be a step too far.

"I think that would be a step too far but those comments [from Gould] were inappropriate - if you're going to invite people to come forward to air concerns and raise issues, modern public service organisations have got to be open to criticism from within and without,'' Twyford had said.

''So you can't go around questioning people's motives."

Gould told Radio NZ he wasn't questioning the motives of the whistleblowers, but was questioning why they had chosen not to use the CAA's formal channels to raise concerns.

He said he would stay on at the CAA to help the transition to new leadership.

Since January last year 61 of around 280 staff had left the authority. Three of these were through disciplinary processes.