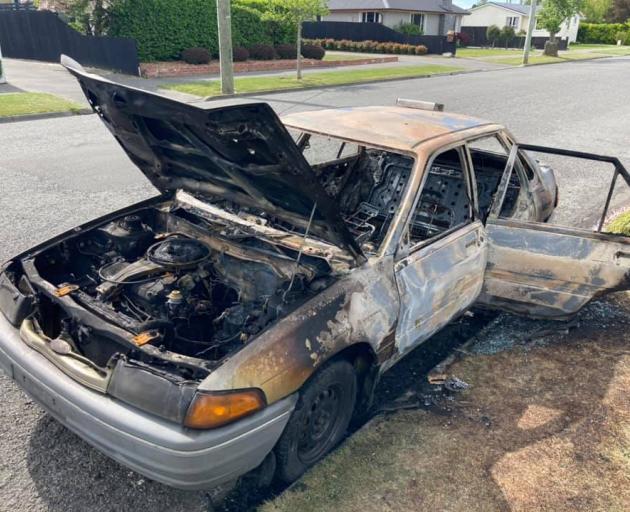 James Withington's car was pushed along the street and set alight. ​Photo: Supplied
Thirty minutes after James Withington’s car was set alight in the early hours of the morning, he received a sinister Facebook message asking if it was “still for sale.”

Thirty minutes later the Facebook message from a fake account, Serving Burns, arrived, prompting James to believe he had been deliberately targeted. 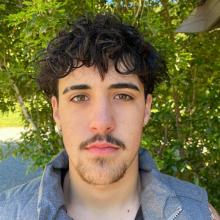 James Withington.
Footage from a neighbour’s security camera shows an unidentified person pushing the car from outside his house 100m along the road. The person then spends 30min trying to set it on fire.

James said police had told him the Facebook account was untraceable and they have been unable to identify the offender from the security footage.

His vehicle was the third to be set alight on Bishopdale streets over the past month.

Said Senior Sergeant Roy Appley: “Three in one area is a concern – it may be an individual or a group of people setting cars on fire deliberately.

“Christchurch is about to head into summer where fire is a risk in many areas. A car fire could cause a scrub or house fire. Like Australia or Lake Ohau in particular – you can see what can happen when a fire gets out of control.”

James bought the car, which he called the laser beast, less than three months ago. He had spent $2000 buying it and on a new paint job and other modifications, earned through his part-time job at a bathroom furniture manufacturing business.

“I was shocked, I got up at about 4.20am and two cops were there. My car was already burnt out and in pieces by then,” he said.

His wallet, passport, a cellphone, work safety gear, clothes and first aid gear were also in the car.

The car was listed for sale online.

He and his friends were rattled by the fire.

“Now they don’t even want to park their car on my street anymore. It would’ve been different if someone had just stolen it. It was just weird that someone went outside my own house to do this and knew it was there.”