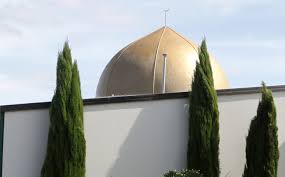 The Al Noor mosque was one of two Christchurch mosques targetted. Photo: ODT files
Police have searched CCTV security camera footage to follow the accused mosque gunman on his route from Dunedin to Christchurch on March 15.

It includes security footage from an Oamaru service station where he stopped for fuel.

But police are refusing to say whether the vehicle was carrying explosives which were found when he was apprehended after the deadly attacks on the Al Noor mosque in Deans Ave and Linwood Islamic Centre.

The accused’s vehicle was rammed to a stop in Brougham St, Sydenham.

Two armed police constables removed him from the vehicle, and he was handcuffed. Explosives were in the vehicle.

A Z Oamaru service station staff member told Christchurch's The Star they later learned they had served the accused, but they were not allowed to give any information.

The Star asked police if there was a risk to the public in regards to the explosives when the accused stopped for fuel in Oamaru.

"While the investigation is ongoing we are not in a position to go into specifics around those inquiries.

"The matter is now before the courts and we will not be jeopardising any future prosecution," a police spokeswoman said.

Police have used CCTV footage from many locations between Dunedin and Christchurch to follow the accused’s journey, which is part of the evidence for the prosecution’s case.

A High Court trial is scheduled for May next year.

- By Barry Clarke and Louis Day