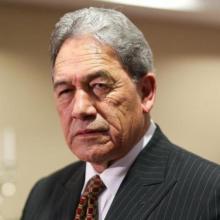 Winston Peters. Photo: Getty Images
The Government is chartering a flight to Peru to collect New Zealanders stranded in South America due to the Covid-19 crisis, Foreign Minister Winston Peters has announced.

"Like many travellers around the world at the moment, New Zealanders in Peru have faced the extraordinarily difficult task of getting home with no commercial flights, and no transit options," Peters said in a statement.

An agreement has been struck with the Chilean government to allow the necessary transit through Chile, Peters said.

"We appreciate the constructive engagement we have had thus far with the Peruvian government and look forward to working with them over the coming days to bring our people home.

"We are also grateful to the Chilean authorities for allowing the flight to make the necessary transit through Santiago."

Peters has previously warned New Zealanders to come home as quickly as possible as countries' borders closed up and international flights dried up.

Air NZ has already been asked to fly German nationals stranded in New Zealand back to Germany, and its first repatriation flight departed Auckland for Frankfurt via Vancouver on Saturday.

Last month New Zealanders, joined by some Australians, were evacuated from the coronavirus ground-zero city of Wuhan in China on a special Air New Zealand flight co-ordinated with the New Zealand Government.

And six New Zealanders joined 165 Australians as they were evacuated from the coronavirus-infected Diamond Princess cruise ship off Japan on an Australian Government-chartered Qantas flight.

While some Air NZ international flights have continued despite the Covid-19 crisis, Prime Minister Jacinda Ardern has said in recent days it has been increasingly difficult to see a path home for Kiwis offshore.

Peters said that has been an issue the world over.

"Ministry of Foreign Affairs and Trade officials continue to provide support for more than 22,000 New Zealanders registered on SafeTravel.

"The Government is committed to helping New Zealanders overseas where it can. However, in these unprecedented times, Government-assisted departure flights cannot be relied upon to get home.

"Our message continues to be that where New Zealanders have the option of travelling commercially to get to New Zealand they should seriously pursue that, or shelter in place.

The flight will depart from Lima, with an added domestic connection from Cusco, in Peru.

Private tour operators Viva Expeditions and Chimu Adventures will provide assistance to New Zealanders on the ground in Peru, helping transport New Zealanders to the appropriate pickup points. Officials are working on remaining operational requirements, including the exact departure date.

All passengers will be required to comply with health screening and have an isolation plan in place, on arrival, in line with Ministry of Health requirements.