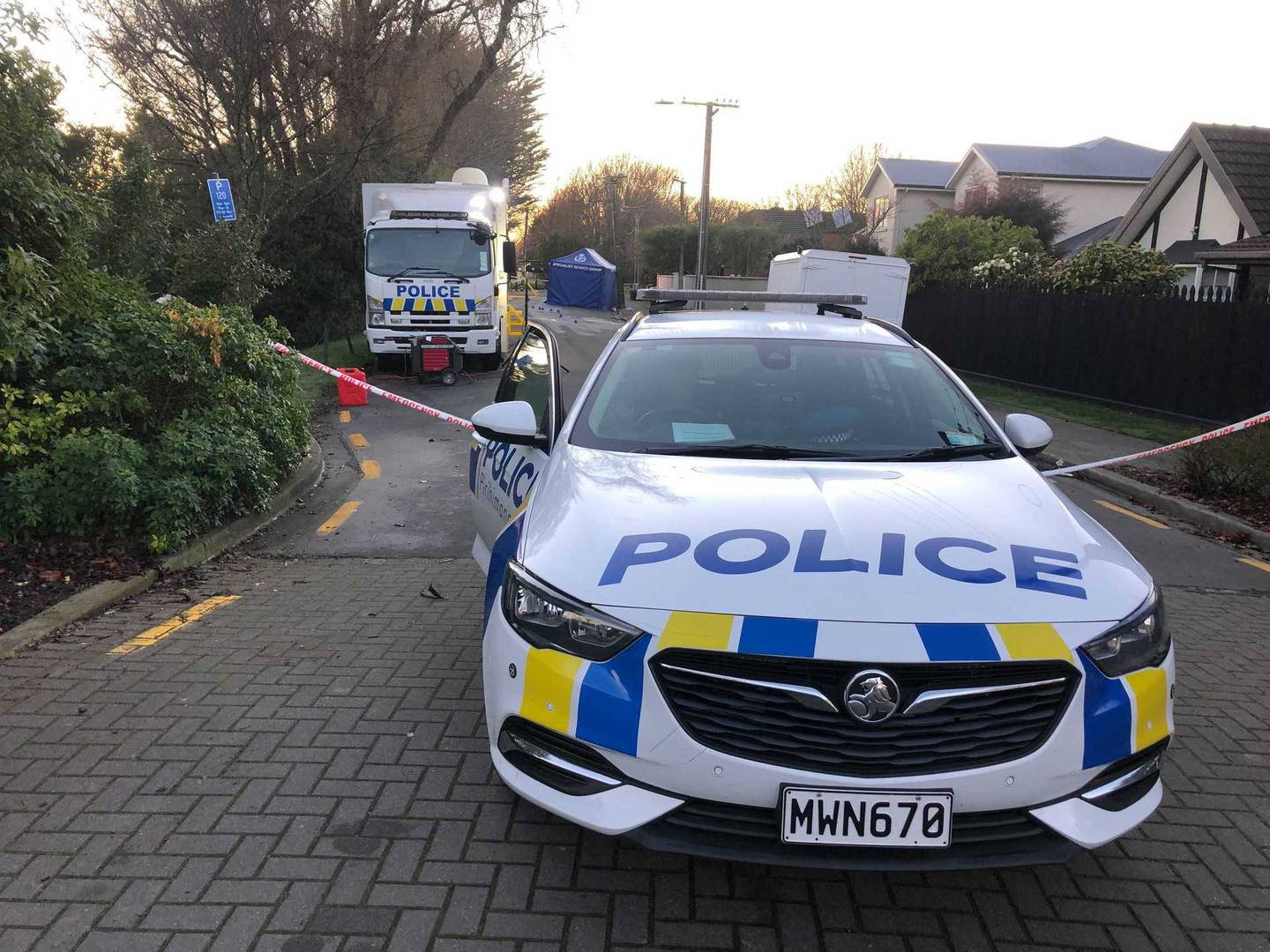 Police at the scene in Fendalton yesterday. Photo: NZ Herald
The owners of a Christchurch holiday home where 16-year-old Zion Purukamu was fatally stabbed and two other teenagers hospitalised during a party say they are "devastated".

A scene examination continues at the Medbury Tce property today, and police have now spoken to the two teens in hospital and neighbours.

Around 80 young people gathered at the rental home on Friday in an alcohol-fuelled party, police said.

"The guests completely conned us and conned Airbnb," she told the Herald.

"It's horrifying this happens in Christchurch at all.

"We live in a world where privacy is such that Airbnb don't show the home address of bookers.

"If we had been able to see perhaps that they were Christchurch residents we would probably [have] turned them down, or asked them why they're coming and insisted they only had two guests."

Harrison said the house had been de-listed for two weeks to allow for the ongoing police investigation.

She said Airbnb had given "full support for paying for any costs".

External cameras will "absolutely" be installed before any more guests use the property, she said, and cameras are already being "test run" at other properties.

"We will be looking at who's coming and going and will be more nosey."

Harrison said the company has had to be "way more vigilant" since the borders have closed and guests are New Zealanders.

"International guests don't have friends and parties and do this kind of thing," she said.

Neighbours did not alert Christchurch Holiday Homes on the night of the stabbing to any noise or commotion, Harrison said, and the attack allegedly happened outside on the street, and there is no damage to the home.

Airbnb said it was "shocked and saddened" to hear about the stabbing and it had removed the associated guest account.

"The reported behaviour is completely unacceptable and has no place on our platform and we stand ready to assist police with their investigations," Airbnb spokesman Derek Nolan said.

The listings either violated Airbnb policies on parties and events or received multiple serious complaints, it said.

Police are searching for footage of the "senseless" fatal stabbing and are asking all partygoers to come forward.

One resident on Medbury Tce told the Herald it has been a "fairly traumatic experience" and there is "still police tape everywhere".

Another said there had been no trouble previously on the street, and the stabbing came as a "bit of a surprise". They were in bed at the time and did not hear anything, the neighbour said.

Anderson said: "Police are determined to locate the person or people responsible for this senseless incident, and we continue to urge anyone with information or CCTV footage that can help police to get in touch."

Police are also seeking any footage from dash cameras and mobile phones.

"This is an extensive scene for our staff to methodically examine and we're grateful to the residents for their understanding and co-operation," said Detective Inspector Michael Ford.

Interviews with people in the area at the time of the party are ongoing.

"It's been over 24 hours since Zion died and we know there are people out there who attended the party and have not yet come forward.

"We encourage you to do so even if you don't think you have anything relevant to tell us, or you believe a friend may have already given us the same details. Every piece of information helps us build a timeline of what occurred and who was there."

The stabbing occurred during a party at the holiday home, which reportedly spiralled out of control. The Fendalton property could be hired for up to eight people - but scores more turned up.

A woman whose daughter was at the party told the NZ Herald the attack was instigated by a "young boy" who caused a fight after he was turned away from the property.

The mother said she was not entirely sure what had happened to then lead to the stabbing because her daughter was finding it difficult to speak about the ordeal.

However, she believed some boys milling outside the house were ambushed by others "waiting in the dark".

"The young boys had no idea what was about to happen," the mother said.

The 14-year-old and 17-year-old, who were also injured, were in stable conditions.

No arrests had yet been made. A post-mortem examination was completed yesterday.

Anderson confirmed the property where the stabbing occurred was a holiday home that had been rented. Police had talked to the person who made the booking.

"Their health's more important at the moment than us talking to them," Anderson said.

It was too early to tell what prompted the attack or what weapons were used, he said.

He said police had received a number of calls from members of the public with information about the stabbing.

"This is a very small and generally quiet street. We want to acknowledge this incident is extremely distressing for the residents."

People could contact police on 105 and quote "Operation Medbury". They could also provide information anonymously to Crime Stoppers on 0800 555 111.