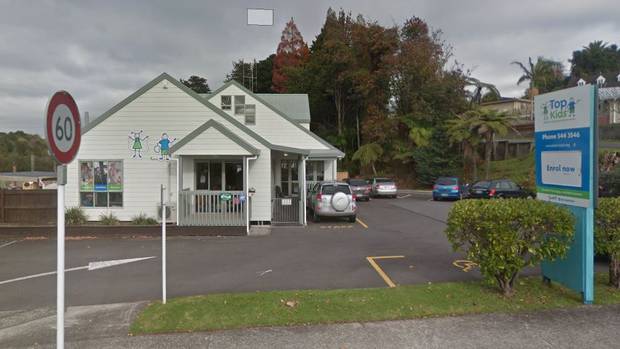 The incident happened at Top Kids in Welcome Bay, Tauranga. Photo: Google Maps
An early childcare teacher who left a boy with bruises after picking him up "rugby style" has been censured.

The incident happened in Tauranga in 2018 when teacher Kirstene Hutana was working at an early childcare centre at TopKids, Welcome Bay.

Parents were beginning to arrive to pick up their children, and the 3-year-old victim was becoming "disruptive and loud", according to a summary of facts released by the New Zealand Teachers Disciplinary Tribunal.

Hutana picked the boy up and took him away from the other children as he screamed and yelled, and at one point she squeezed his upper arm and shoulder with enough force to create visible marks.

The boy's mother, who also worked at the centre, later asked the child what happened, to which he responded Hutana "hurt me".

The child also told his father later that Hutana had been mean to him.

"Later that evening [the boy's] father noticed marks on [his] shoulder and upper arm. [The boy] said that [Hutana] had done it and demonstrated how by squeezing his father's arm and shoulder really hard."

The parents described one of the marks as about 20cm long and the bruise as bigger than a 50 cent piece.

The next day an investigation was launched. Hutana said she hadn't intended to hurt the boy but that it could have happened when she tried to move him, and said he was "behaving in a way that was hard to manage".

Several days later she was fired.

In a statement to the Teaching Council, Hutana said she was "absolutely devastated" at what happened.

"My intention was never to harm [him] but merely to calm him until his mum returned into the room. With the intensity of his hitting and kicking, I felt I couldn't ask [another staff member] to try calm him as he was getting physical, as she was pregnant.

"After attempts to lead [him] away from kicking the door by holding his hands when calm words were not working, I made the decision to pick him up rugby style as I was being kicked and hit myself. I believe this is how I may have bruised his shoulder. I had no idea I hurt him and it was most definitely unintentional."

Several referees for Hutana said she was a patient, honest, and reliable person who deserved to continue teaching, and was always supportive in working through children's behavioural issues.

They also said she was "very caring and calm" as well as "firm but fair".

In its decision, the tribunal said it was "concerned" at the picking up of a child "rugby style" and also over the fact the child was removed to the bathroom, "which borders on seclusion".

However the tribunal members said they might have concluded the manner of restraint Hutana used was justified, given the child was hitting, kicking, and throwing things.

"Notwithstanding that, the tribunal is bound to approach the matter on the basis of the agreed summary of facts, in which the respondent has accepted that she physically removed the student by picking him up and that she squeezed his upper arm and shoulder with sufficient force to cause visible marks and cause the student to complain that the respondent had hurt him."

The tribunal concluded Hutana had committed serious misconduct, censured her, annotated the register, and imposed conditions on her practising certificate.

The conditions include that she complete a professional development course in classroom behavioural management, provide a copy of the tribunal decision to current and prospective employers for two years, and undergo mentoring focused on behaviour management.

It also ordered her to pay 40% of the costs for the case.