New Zealand’s network is holding up well despite a 75% increase in demand during the day, Chorus' CEO JB Rousselot told Nine to Noon.

On Monday night the evening peak was at 2.57 terabytes per second, and Tuesday’s midday traffic was about 1.7Tbps.

“We’ve seen a 75% increase compared with what was typical day traffic before the level 4 restrictions.

“And we’ve also seen an increase in the peak evening time of about 34%.”

The network has additional capacity, he said.

“About 20 to 25% above the numbers that we’ve reached to date. Networks can continue to grow if we need to, at this stage we don’t think that’s the case, we think we have the capacity to handle the current traffic and some more.”

Investment in the network over the last five years, particularly in fibre, has paid off and the cap currently sits at 3.5tbps, Rousselot said.

“This is an industry that continuously grows in terms of data consumption, we grow generally at 25% per annum in the average data that a household consumes in New Zealand.”

There was no need to accelerate that growth at this stage, he said.

“The new norm that we’ve settled in is one that is well managed by the various telco networks around the country.”

With so many New Zealanders now successfully working from home he believed this could change future working habits.

“People will have discovered that they can remain very productive with part of their workforce working, at least some of the days during the week, from home.”

Chorus has partnered with the Ministry of Education to bring connection to homes where children lack internet access, he said.

“Some of those premises have a line into their homes a fibre line of a copper line, but not an active service.

“We’ve said to the Ministry of Education we’ll provide services online free of charge for the next 6 months, so they can then work with retail providers to connect those houses and make sure those kids can continue their education online.” 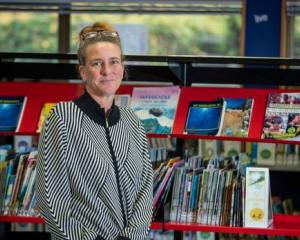