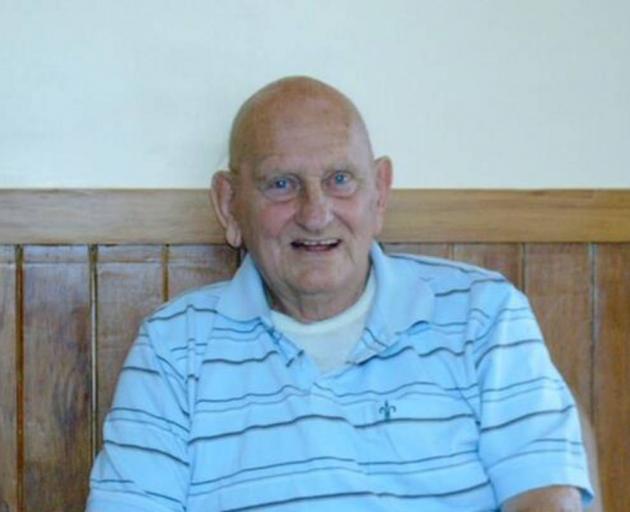 Ronald 'Russell' Allison died in a suspicious fire at his house near Te Karaka, 30km north of Gisborne, on January 25, 2013. His death is the subject of an ongoing homicide inquiry. Photo: Supplied
Police have offered a $100,000 reward for new information about the death of an 88-year-old man in a suspicious house fire.

For eight years police have kept the case into his death open and active.

Now they're wanting new information, believing the fire was started intentionally to cause his death.

Police say Allison lived alone and had limited mobility. A forensic scene examination established the area of origin was in the kitchen, and the wooden farmhouse was quickly razed to the ground.

There was nothing to indicate it had been an accident or due to an electrical fault.

"Police will pay out a reward of up to $100,000 for material information or evidence which leads to the identity and conviction of any person or people responsible for Mr Allison's death.

"Immunity from prosecution may be considered for any accomplice, not being the main offender, who provides information or evidence to Police."

Soon after the fire police appealed for information about a car they were seeking in relation to the investigation.

Allison lived alone in the house but police were seeking information about a blue Nissan March hatchback, registration GAU331, driven by a middle-aged European woman around the time of the death.

The car travelled between Tauranga and Gisborne on January 24 and 25.

Police also revealed that a forensic locksmith had proved the back door to Allison's house had been unlocked. They say it can only have been opened from the inside as the only key for it was inside the house.

In new information revealed on Cold Case, Allison had received a disturbing phone call on January 24 from a "person of interest" known to both Allison and his son John.

The call lasted 22 minutes and left Allison in an extremely distressed state.

John said the call had included "a little bit of a threat".

"Anyone with information should go to their nearest Police station or call 0800 COLD CASE. You can also email operationpuha@police.govt.nz(link sends e-mail) or call 105 and quote file number 130125/3212," police say.

Allison served in the Army in World War II and fought in Italy, Greece and Japan. He also survived the 1931 Hawke's Bay earthquake.

He married his late wife Marie in 1953, and worked on the family farm most of his life.