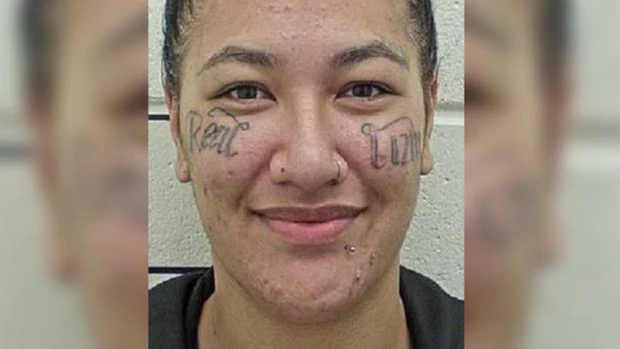 Epiha was convicted of fatally stabbing Alicia Maree Nathan, 32, and threatening to kill another woman at an Avonhead property in Christchurch when she was still a teenager in August 2017.

The 22-year-old escaped custody while being transferred from Middlemore Hospital in Auckland back to prison early last Friday.

She was last seen running towards Gray Ave in Māngere, South Auckland, about 12.30am that day.

A week later, she remains on the run and it seems authorities are no closer to finding her.

Epiha is considered dangerous and members of the public have been warned not to approach her.

At the time of her escape, she was wearing a black long-sleeved top with a white shirt underneath, grey track pants and light pink shoes.

She has a piercing on her nose and another just under the left side of her mouth and two distinctive tattoos across her face.

Epiha also has links to the Mongrel Mob gang.

Earlier this week, it was revealed the prisoner - who required medical treatment that could only be done at a hospital - managed to get away despite having been handcuffed to one of two Corrections officers she was with at the time.

"A full operational review into the circumstances of the incident is being carried out."

Police have searched a number of properties connected to Epiha and have not been able to find her.

Authorities are also warning anyone who may be helping the 22-year-old that they could be prosecuted for doing so.

The public is being urged to call 111 immediately if they see or find out where she is. The information would be treated with strict confidentiality, police said.