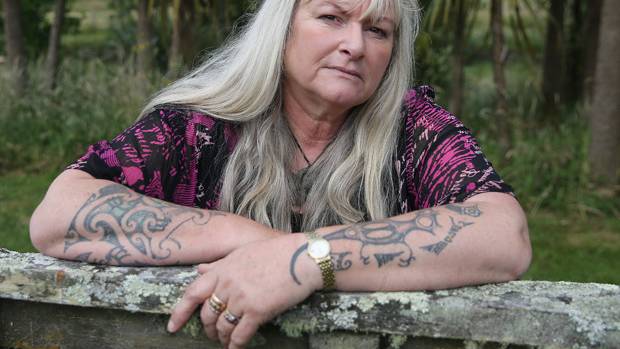 Jane Stevens has been vindicated by a Coroner's inquest that found her son Nicky Stevens' death while in mental health care was avoidable. Photo: NZME
Warning: This story deals with suicide and may be distressing.

The grieving family of a young man who died while under mental health care are demanding an apology after the release of a damning Coroner's finding.

Nicky Stevens' death was avoidable the Coroner ruled in the report released to the Herald yesterday, a vindication for his parents Dave Macpherson and Jane Stevens who say they want the apology they have been waiting almost four years for from Waikato District Health Board, since their youngest child took his own life in early 2015.

Macpherson and Stevens also want an apology from the Minister of Health David Clark for all the families whose loved ones died by suicide while in the care of a mental health facility, and they will now consider making a request for compensation.

Coroner Dr Wallace Bain found Nicholas Taiaroa Macpherson Stevens' death was self-inflicted after the 21-year-old was allowed out of the Henry Rongomau Bennett Centre at Waikato Hospital on March 9, 2015 on unescorted leave, against the express direction of his parents.

In his report following an inquest at the High Court in Hamilton in June, Bain said Stevens' death could have been avoided had the advice of his parents not to allow their son on unescorted leave been adhered to.

"Mr Stevens was a very ill young man with significant mental issues. He was psychotic, hallucinating, and saying that he wanted to be with the 'other side'," Bain concluded.

"The medical staff had heard extensively from his parents of his behaviour and what he said he was going to do. His parents opposed unescorted leave as they feared he would do exactly what he ultimately did," the Coroner said.

"...the treatment Nicholas received was well short of what he and his parents would have expected.

"As a result of the deficiencies in his care, he took his own life in the precise manner and place that he had previously said he would." 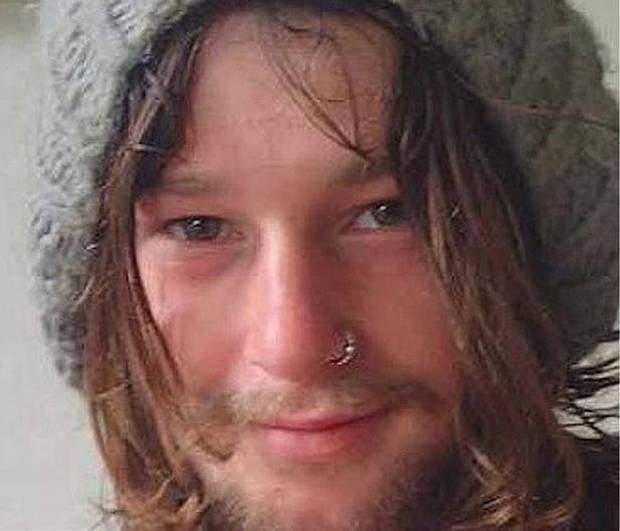 Nicky Stevens, a musician and environmentalist, deserved better care from a mental health facility before he died, a Coroner has ruled. Photo: Supplied
He agreed with expert opinion that the decision by the psychiatrist responsible for Stevens' care to allow unescorted leave, was unsound and could not be justified.

Stevens failed to return from leave with a group of smokers at lunch time on March 9 and CCTV footage later showed him returning to the facility twice before disappearing down a gully toward the Waikato River.

A number of errors in raising the alarm with police including that a fax reporting him as a missing person did not transmit for almost 12 hours and that police did not launch a search as soon as they were made aware, contributed to more than two days lapsing before police began looking.

The Coroner's recommendations included that:

The recommendation was responded to by the country's director of mental health and addictions, Dr John Crawshaw, who said DHBs are not obligated to provide dedicated smoking rooms but that the Ministry of Health would be discussing with DHBs vaping and other new technologies and how they can be incorporated into mental health care.

Bain directed that submissions made by Stevens' whānau, including older brother Tony, be considered by the Government Inquiry into Mental Health and Addiction.

They included an urgent need for an independent body to investigate complaints because the Health and Disability Commission was unable to fulfil this need while internal reviews took too long and were not independent enough.

Bain agreed there was an urgent need for an independently-funded whānau advocacy service to help families make submissions like the ones made by Stevens' family for his coronial inquest.

Stevens and Macpherson told the Herald their son died as the result of mistakes made by two Government agencies and they wanted an "unqualified apology" from Waikato DHB - of which Macpherson is now a board member - "for all the failings and shortfalls in your care for Nicky". 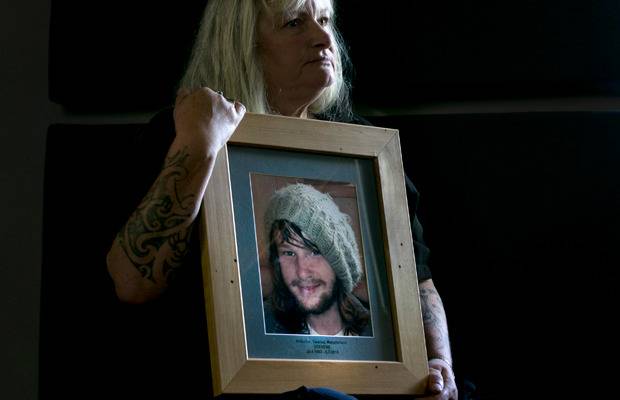 Jane Stevens, the mother of Nicky Stevens who killed himself after he walked out of the Henry Bennett Centre at Waikato Hospital three years ago. Photo: NZME
They said the DHB must now "make good" all the missed opportunities to support the family following the tragedy.

"Without that sort of response, we will not have closure."

Waikato DHB interim chief executive Derek Wright called Stevens' death a terrible tragedy that had been a long and painful journey for everyone involved.

He expressed his sincere sympathy to the family for their loss but stopped short of apologising.

Wright said since Stevens' death the DHB had made a series of changes including a stronger emphasis on involving whānau in care and leave reviews, a three-step process for approving leave and that all leave is subject to an authorisation and management plan.

A patient's designated nurse is responsible for making sure they return on time.

There is now a more secure ward and changes have been made to the entry and exit at the centre, plus a Ministry of Health inspection in 2016 resulted in more staff.

Last week the board approved a draft business case for funding from Treasury to build a replacement facility that's better designed to accommodate users after the inspection found the centre not fit-for-purpose.

10.19am: Nicky is escorted to the dairy across the road returning about 10.40am.

11am: He requests leave again and was denied. CCTV captures him leaving the ward anyway between 11am and 11.08am unescorted.

12.29pm: Nicky goes on unescorted leave. He is caught on CCTV kneeling in the foyer with his arms around his torso, swaying, but at least one staff member walks by, ignoring him.

12.45pm: When Nicky fails to return a psychiatric assistant tells his nurse.

1.30pm: Nicky's friends arrive and ask for him.

1.57pm: Another nurse goes to look for Nicky.

2.20pm: Stevens rings his flat but Nicky is not there.

2.30pm: Stevens rings the DHB in distress and speaks to the ward manager. The manager tells Stevens police are doing everything they can to find Nicky despite the fact Nicky has not been reported missing to police.

2.38pm: Nicky's nurse rings police northern communications centre, not through 111, and reports Nicky missing. The nurse gives a conflicting account of Nicky's risk of harm and no police are assigned to a search.

2.40pm: Stevens races to the Waikato River in Hamilton and finds no searchers.

1am: A Henry Rongomau Bennett Centre staff member notices a fax reporting Nicky missing to police has not gone through properly. The report is also incomplete.