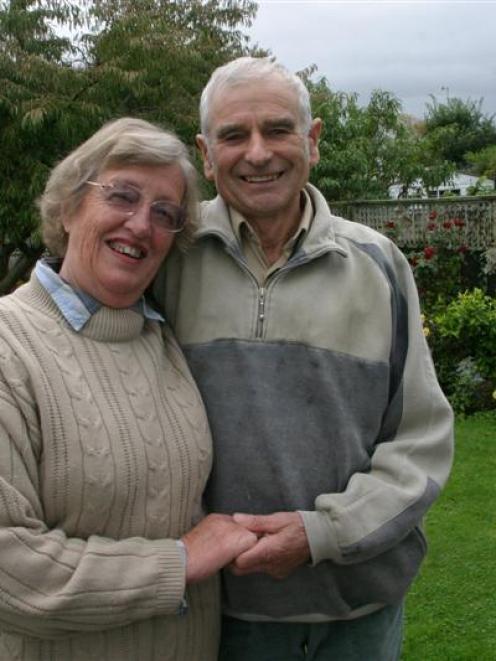 
In a judgement yesterday, Justice Jill Mallon quashed a 1997 coroner's finding that the Berrymans were partially responsible for the death of beekeeper Kenneth John Richards in 1994.

The New Zealand Army built the swingbridge leading to the Berrymans' farm in 1986. It collapsed eight years later when Mr Richards (39) tried to cross it in his honey-laden Nissan utility, plunging 30m to his death in a gorge of the Retaruke River, near Taumarunui.

In the 1997 inquest, Taumarunui coroner Tim Scott said the Berrymans failed to see signs of rot found by Occupational Safety and Health after the accident. Beams had been made of oregon pine, which has been reported to be vulnerable to fungal attacks.

After a series of court hearings and thousands of dollars spent by the Berrymans, Justice Mallon yesterday also struck out the coroner's finding that there was no fault in the way the army built the bridge.

The Berrymans, who lost their farm because of legal and other costs after the bridge collapsed, now live in Wanganui.

‘‘[The judgement] has vindicated our fight, our battle or whatever you like to call it,'' Mrs Berryman said. ‘‘We always maintained that we had done the best possible job of having a safe bridge built.''

However, she fell short of criticising the army.

‘‘I think the people who actually, physically built the bridge did a good job . . . it was just that things didn't turn out as we expected. The guys that did the work were great.

‘‘So OK, something went wrong. Where that fault lies within the army is for them to sort out. We're not trying to lay the blame at any person's door.''

Justice Mallon recommended the two parties now meet to settle the $4.5 million damages the Berrymans are claiming in a misfeasance suit set down for hearing next month.

‘‘The judge has recommended we sit down and talk which is what we've been trying to do for years,'' Mrs Berryman said.

When asked if they would carry on with the misfeasance suit, she said: ‘‘We've got to see what happens''.

Mrs Berryman would not try to estimate how much money they had lost over the years.

The Berrymans' lawyer, Dr Rob Moodie, travelled to Wanganui yesterday to give the couple the news, but was unable to be reached for comment.

‘‘The New Zealand Defence Force will be studying the judgement closely, but until it has done that, it would be inappropriate to provide any comment''.

The judgement arises from the judicial review Justice Mallon heard last September against the army for telling the coroner that ‘‘there was nothing in the entire construction of the bridge that contributed to the accident'', even though its own internal court of inquiry had earlier concluded that a litany of design and construction mistakes had caused it.

The September hearing was also a judicial review of then Solicitor-general Terence Arnold's four refusals to order a new inquest.

The Berrymans asked the High Court to order a new coroner's hearing and wanted an engineer's report as part of their case. - The New Zealand Herald