There are 5312 new Covid community cases reported today, and 759 people are in hospital with the disease, including 16 in ICU.

A further 28 Covid-related deaths are included in the Ministry of Health's update today.

The seven-day rolling average of community case numbers today is 6990.

The ministry says there are now 1502 deaths confirmed as attributable to Covid-19, either as the underlying cause or as a contributing factor. This is the number that will be reported to the World Health Organization.

In the past seven days the average number deaths confirmed each day as being attributable to Covid-19 is 19.

The average age of current hospitalisations is 65. 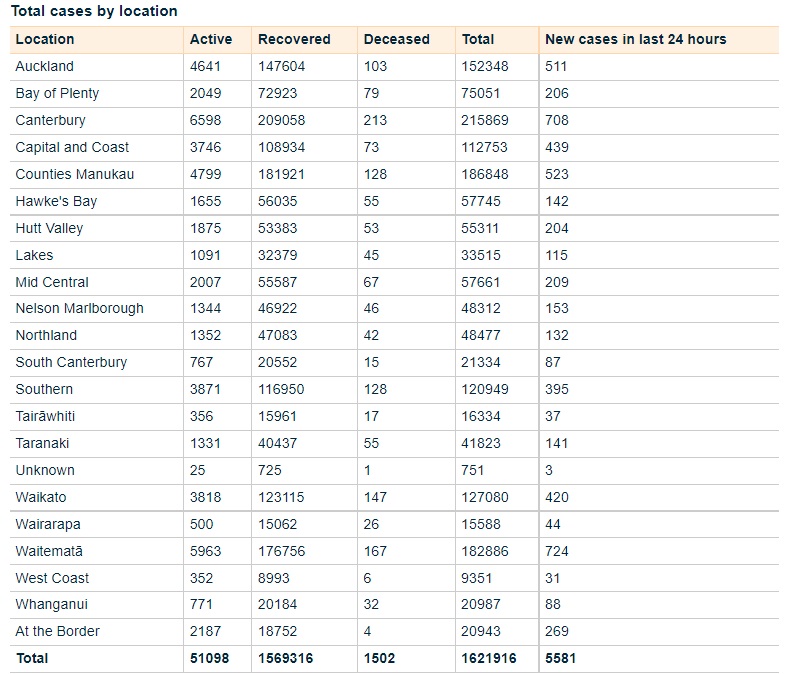