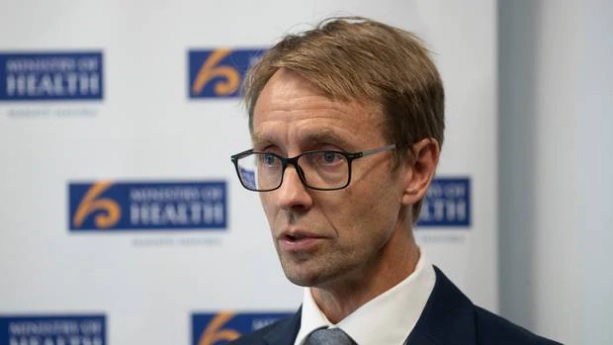 Director-general of health Dr Ashley Bloomfield. Photo: NZ Herald
For the eighth day in a row there are no new cases of Covid-19 to report in New Zealand.

The Ministry of Health advised of the information in a media statement this afternoon.

The ministry New Zealand's total number of confirmed cases remained at 1154, which is the number it reports to the World Health Organisation.

The combined total of confirmed and probable cases remains at 1504.

There are no additional deaths to report, meaning the total remains at 22.

New Zealand's low number of new cases is leading to pressure on the Government to move from alert level 2 to alert level 1.

This is the first long weekend since lockdown lifted, and travel has been encouraged.

"People who advocate a move to level 1 straight away are either ignorant or indulging in political posturing," he said.

He commended the cabinet for its plan to stay in alert level 2 for several weeks.

There was abundant evidence from other countries that favourable situations like New Zealands "can very quickly turn to custard."

Deputy Prime Minister and New Zealand First leader Winston Peters has been calling for a fast move to alert level 1 saying the health risks were outweighed by the need to address the economic crisis.

Yesterday, limits were eased to allow 100 people at all events and gatherings, with appropriate distancing and health controls, and the ability to trace attendees.

If you are two weeks slower than needed in moving to Alert Level One, then you will have had two extra weeks at Alert Level Two.
If you move to Alert Level One even one second too early, then you have to go back to Alert Level Four and start the whole process all over again. If you think the economic damage has been bad so far, just imagine what it would be if you had to do it all over again.
Just look at the countries that haven't responded as well to the health crisis, not only have they killed thousands of people, their economies are not in better shape, and they aren't even at the beginning of their recovery processes. Arden's government has done it once, and done it right, and the Nationals screamed blue murder in their opposition to everything they did.
If you think it's tough in New Zealand right now just take a look at England to see where you would be had National been the government.