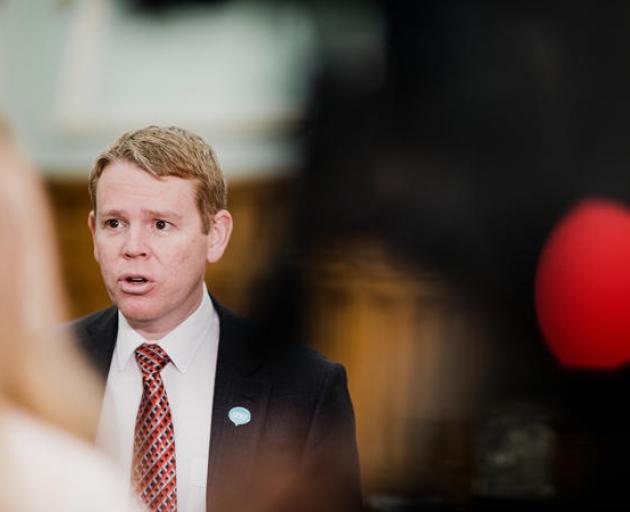 Chris Hipkins. Photo: RNZ
The Government has officially made it mandatory for almost every traveller coming to New Zealand to produce a negative Covid-19 test before they board a plane.

The new rules will come into force at 11.59pm on Monday, January 25 – this is in a bid to minimise disruption for those passengers with imminent departures.

These rules were signalled last week by Covid-19 Minister Chris Hipkins. Previously, only travellers from the UK and the US needed to produce a negative test to come to New Zealand.

But from January 25, that has been extended to every inbound traveller, with the exception of Australia, Antarctica and most Pacific Island countries.

But not all Pacific Island countries are exempt – Papua New Guinea, which has close to 1000 confirmed Covid-19 cases, is not on the list.

Nor is French Polynesia, where 17,000 cases have been confirmed and 126 people have died from Covid-19.

At a press conference this afternoon, Hipkins said the new measures wouldn't stop Covid coming into the country, but the Government's goal was to reduce the number of cases.

He said nearly all passengers were complying with the rules so far, and airlines had been "very supportive".

"Given the high rates of infection in many countries, most global air routes are of critical concern for the foreseeable future," Hipkins said this morning.

"New Zealand is currently in a good position, with no community cases, but we continue to take action with very specific steps to further strengthen our borders in response to what we're seeing overseas."

From February 8, all passengers arriving in New Zealand - except those from exempted countries - without evidence of a negative approved test or medical certificate would incur an infringement offence fee or a fine of up to $1000.

As well as the new pre-departure requirements, the Government has also changed the rules around Covid-19 testing in managed isolation and quarantine (MIQ) facilities in New Zealand.

From now on, travellers coming to New Zealand will be required to have a test upon arrival – again, with the exception of Australia, Antarctica and most Pacific Island countries.

They will still be required to stay in quarantine for 14 days, and to have routine tests on day 3 and day 12.

"New Zealand already has some of the most stringent border protection measures in the world.

"Today's amendments further strengthen that position in line with the Government's overall elimination strategy, and more measures can be added as necessary."

Hipkins said the primary obligation is on the traveller to comply with the rules – but airlines will also be expected to play a role in checking if passengers have evidence of a negative test.

So far, there has been a "high level of compliance" from travellers coming to New Zealand from the UK and the US when it comes to producing proof of a negative test result.

"It's great to see people doing the right thing for their fellow passengers, airline staff and the New Zealand public."

Full list of countries and territories not included in the expanded pre-departure requirement: