A spate of grass and bush fires kept firefighters on their toes all day, as the dry conditions across the Canterbury region left large swathes of the countryside tinder-dry.

"Thankfully they ended up being quite small," he said.

Mr Grace warned that people needed to be more responsible when conditions were so dry.

"One was a farmer who had a bit of a controlled burn. He has been spoken to in a very firm but nice way about the fire and how dangerous it is at the moment," he said.

"I think people forget they are liable for costs if they're reckless....It can cost a lot of money."

Firefighters had been tackling lots of little fires all day across the South Island, he said, but thankfully none had got out of control.

"It's been crazy, it hasn't stopped." 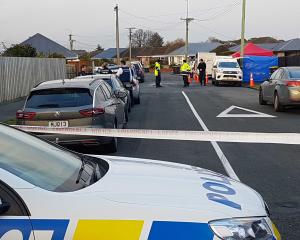