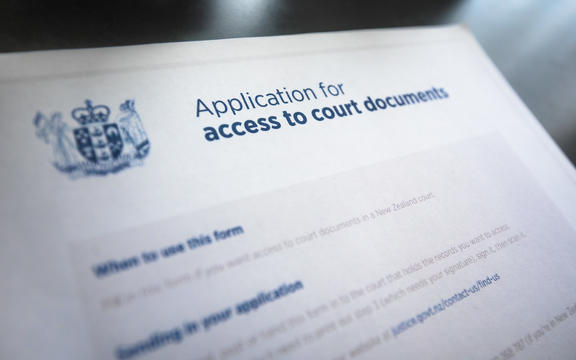 Photo: RNZ
Crime victims are unaware their name, address and phone number may be passed on to offenders when they apply for court documents using a Ministry of Justice application form, advocates say.

A victim of family sexual violence told RNZ it made her feel "sick" knowing that her offender had the right to know that she had wanted a copy of the sentencing notes and could view her personal details.

Discovering this shocked Sensible Sentencing Trust Group Waikato victim advocate Karrin Coates, who has written a letter of complaint to the Ministry of Justice.

Coates regularly applies for court documents on behalf of victims and had never realised offenders and their lawyers saw the form.

She said there was no warning on the five-page form.

"A lot of our victims don't know this," she said. "On the actual court document forms, there's nothing there to indicate that this information will be given to your offender.

"I found that out the hard way because my details were given to a murderer. And I didn't know.

"There needs to be some form of warning that your information is actually going to be given to an offender, especially in domestic violence cases, sexual violence cases where the offender [has] committed the offence against the person applying.

"Their personal details can be given without their knowledge. And that's wrong. Something has to be done about that."

She said family violence victims and people with protection orders were particularly at risk.

Access to court records is governed by the Access to Court Documents Rules 2017 for both high and district courts. There is a general right of access for some court documents, but people need to apply for others.

Legislation requires the court registrar gives a copy of the request to the "parties" - that is, the offender - or their lawyer, who have three working days to respond to the application with any objections to releasing information. A judge then considers whether to release the documents to the applicant.

The Courts of NZ website through which people access the form says only: "When the registrar receives your application, they will share it with the relevant parties. Any person who wishes to object must give written notice of that objection to the registrar within the required time."

Victims sent the form or a link to it by court staff would not even receive that opaque warning. 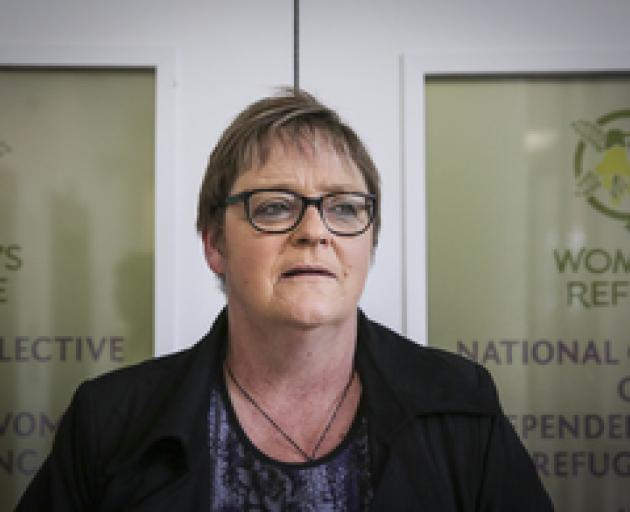 "Frequently the only way that victims are able to keep themselves safe is if the offender, their abuser, doesn't know where they are," she said. "Having their address given to them is an absolute shocker; it's incredibly unsafe. Particularly if that victim has no idea that that information is given to them."

Jury said the issue is an example of the justice system being "a very big machine"; process-driven and impersonal.

"It's not well suited to giving the degree of care to individual victims that we would think would be desirable," she said.

"Presumably it is an oversight or somebody has just not thought that this might be dangerous; that demonstrates the impersonal nature of the machine.

"What does 'relevant parties' mean? If you're a victim looking for that information, who do you consider a relevant party? Do you understand that that's the perpetrator? Probably not."

At times of very high stress, when victims were in distress, official forms needed to include "very clear, simple language".

Following enquiries by RNZ, the Ministry of Justice said it would look at changing the form.

Operations and service delivery group manager Jacquelyn Shannon admitted the ministry's website and the application form do not make it clear to applicants that their application will be forwarded on to offenders.

"The ministry is now considering how to improve the information provided on both the website and the application form."