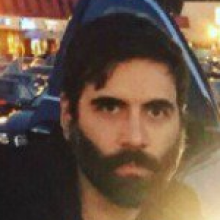 A New Zealand rape crisis organisation has criticised plans for local meetings for supporters of a "neomasculinist" group that promotes legalising rape.

As Australia considers banning pro-rape group Return of Kings founder Daryush Valizadeh from entering that country, Kiwi men are being called on to make a stand against such groups and to speak up against their beliefs and ideas.

Valizadeh, an anti-feminist blogger, thinks rape should be legal on private property and has organised meetings worldwide to bring like-minded men together.

Agency manager Eleanor Butterworth said it was hugely disturbed by the group's ideas and its move to come to New Zealand.

"This group promotes disturbing attitudes towards relationships and women and we hope New Zealand men are better than to agree with them," she said.

"I would really like to see all men who are part of anti-violence activism, or who individually consider themselves to be opposed to abuse, to monitor and challenge groups like Return of Kings."

Ms Butterworth encouraged all New Zealanders, particularly men, to make a stand against Return of Kings.

The group, which has called for its "fellow tribesmen" to join the meetings, have asked that women, gay men and transgender men stay away.

"This group clearly expects that the only opposition they will face is from women. This isn't just something women should have to fight," Ms Butterworth said.

"They need to receive the message that there isn't a market for this kind of thinking in New Zealand."

Te Tai Tokerau MP Kelvin Davis labelled the anti-women group as "plonkers" who needed to be run out of town.

Mr Davis, who is also a White Ribbon ambassador, said those connected to Valizadeh's group and its ideas should not be labelled as real men. He referred to their ways as "creepy".

"This group has the collective IQ of your average garden gnome. They should get psychological help to escape their confused, creepy, fantasy world," he said.

"These plonkers don't have any clue about what it is to be a real man - who loves, respects and cares for all women. They need to stop pretending sexual violence is normal and a man's right."