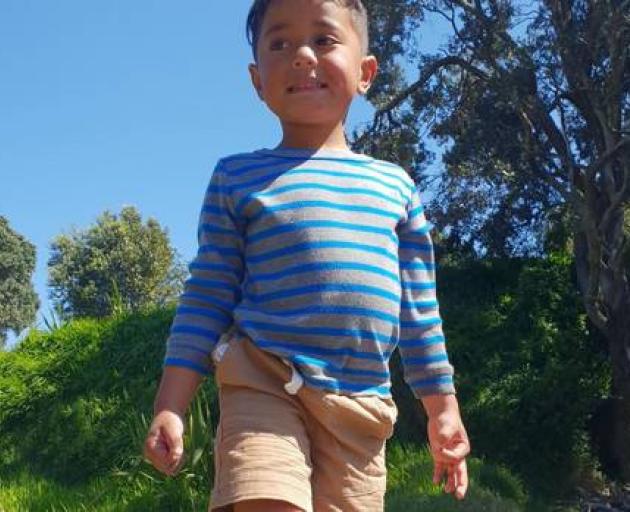 Six-year-old Rozayah Hudson was fatally injured in a farm accident in the Eastern Bay of Plenty on Friday. Photo: Facebook via NZ Herald
The grieving mother of a 6-year-old boy who died in a tragic farm accident at Ōpōtiki has told of how her world has fallen apart.

Angel Topp, known as Stormie, paid tribute to her son and eldest child who was fatally injured at a dairy farm early on Thursday evening.

She wrote on Facebook: "In loving memory of Rozayah Dallas Hudson", together with the little boy's date of birth and death.

She told Stuff her son had a heart of gold.

"[He] was so full of excitement and everyone around him would feel it. He had a humble, caring, loyal and helping, strong nature."

Police were called to Ōpōtiki farm in the Eastern Bay of Plenty about 5pm where Rozayah was fatally injured.

Topp's father Scott Topp wrote on a father's page on Facebook of the traumatic accident.

"I am a broken man at the moment," Topp said. "I had to watch as he passed and could do nothing.

"I feel useless I couldn't do anything. I stopped his mum and dad from seeing him the way he was. I sat beside him till we moved him."

Topp said the hardest part was breaking the awful news to his daughter and Rozayah's father.

"I have a hole in my heart where my chest was. My grandson was named after my oldest boy who passed when he was 15. I don't know what else to say."

He urged fathers to love their children and spend as much time with them as they can.

The whānau's grief was shared by family and friends who paid tribute to the little boy.

"Will always remember your smile and being you," wrote one loved one on Facebook.

Police said in a statement on Saturday: "We acknowledge the anguish of the family and friends during this difficult time and our thoughts are with them."

A WorkSafe spokeswoman said the death was the third on a New Zealand farm in the past week, after a tractor death in Te Kūiti last weekend followed by a second tractor-related death in Hastings.