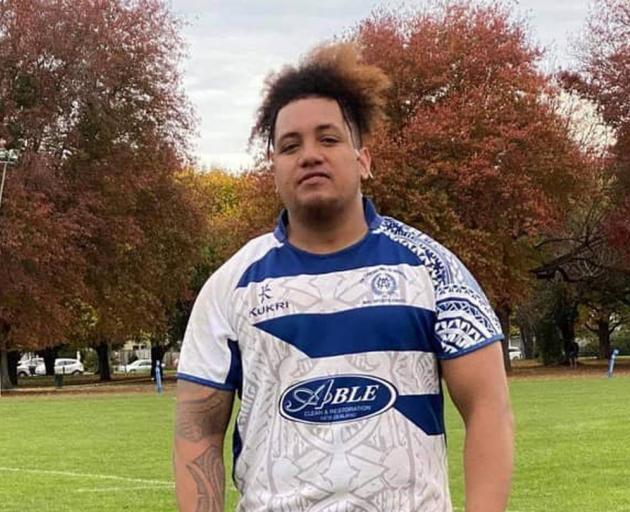 Hiko Lynch was allegedly murdered in Blenheim. Photo: Facebook
One of the 10 people charged with violent offences after an alleged murder in a central Blenheim street will appear in court this morning.

And the family of the slain man are posting heartfelt tributes to him, saying he was much loved and they are in pain over his loss.

Hiko Lynch, 23, was allegedly stabbed on Market St just after 3am on Sunday.

It is understood he had been out celebrating a friend's birthday and the group had been at Club Envy earlier.

After the bar closed violence erupted on the street outside leaving Lynch dead and two others badly wounded.

Ten people have been arrested and charged with various offences including murder, wounding with intent to cause grievous bodily harm, assault and disorderly behaviour.

The first of the group is scheduled to appear in the Blenheim District Court at 10am today.

Witnesses told the Herald yesterday that members of the Rebels gang were in the club and involved in the fracas.

Lynch, from Tonga, was a seasonal worker and was sending money home to his family.

Many family and friends have posted photos of Lynch online with heartfelt messages of love and condolences.

"We acknowledge that today's incident will be concerning to the wider community. Police can assure the community that violent crimes will not be tolerated, and we will hold those who offend to account."

A man who was in the nightclub before it closed at 3am said members of a gang had been intimidating and eyeballing people in the lead-up to the stabbings.

He told the NZ Herald and Newstalk ZB: "It's not the normal thing that happens on a night out in Blenheim.

"There was a large presence of motorcycle gang members ... I heard they were Rebels.

"I left there about 2.55am and they were closing up, I'm not really sure what happened but heard a scuffle broke out and knives came out and people got stabbed.

"One of them died ... and they got chased all over town by police ... yeah, it was a crazy morning in Blenheim."

The witness said the nightclub was "usually fine" and there was not much of a gang presence in Blenheim.

He said it was "shocking".

The owners of Club Envy have refused to comment.