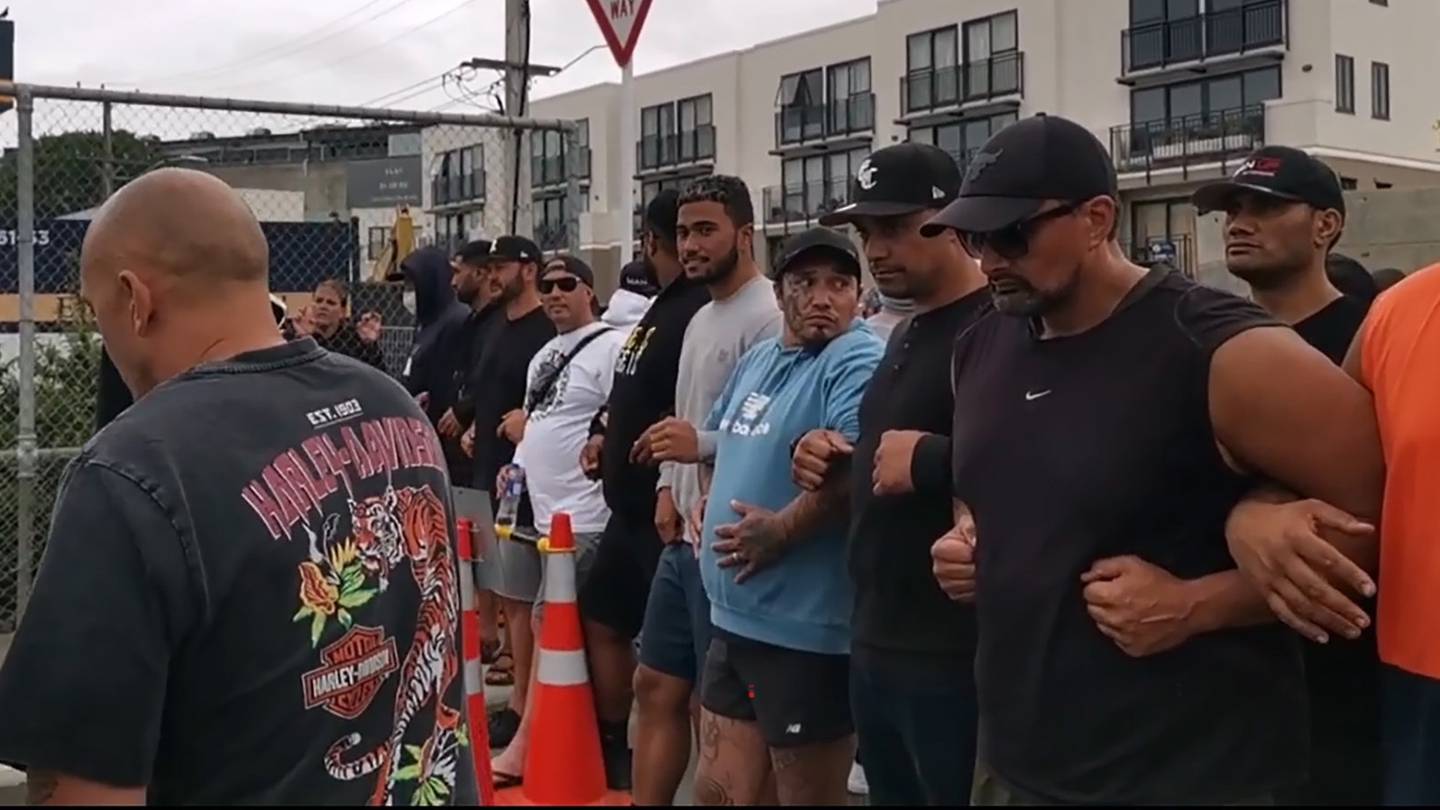 In a Facebook live video, a group of Destiny Church followers lined up across the entrance to the facility and can be seen linking arms today.

Tamaki was remanded in custody at Auckland Central Remand Prison on Monday and faces charges of breaching Covid-19 lockdown restrictions.

The 63-year-old had already been charged three times over his attendance at Auckland Domain lockdown protests. He has pleaded not guilty to all of the charges, including allegations he violated the conditions of his bail.

The issue concerning church members appears to be over Tamaki's "hygiene items". 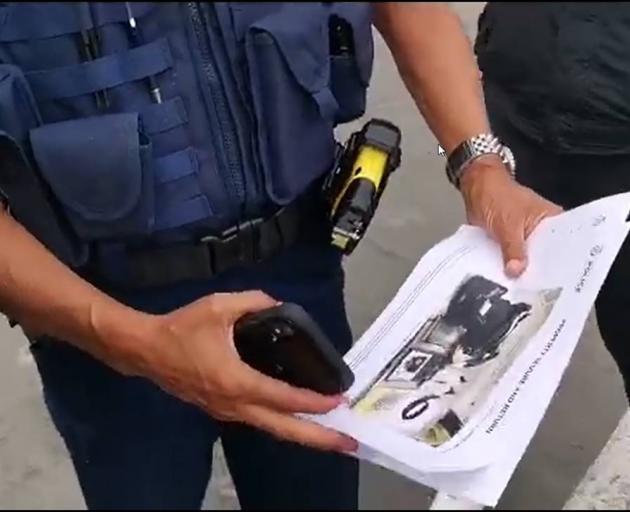 A police officer with an image of a toiletry bag shown to Tamaki supporters. Image via NZ Herald
The Facebook post accuses prison and police representatives of "lying" to the Tamaki family.

"The family were advised that Apostle Brian Tamaki had received his personal hygiene items as was discussed and agreed," the post read.

"However when the family received one of their phone calls from Apostle Brian, it was revealed that this had not happened.

"Church representatives are advising that because the prison/police had lied about their actions and still have not complied with their agreement, disruptive action would be taken in protest. The barricade will remain until they received a call directly from Apostle Tamaki notifying that the agreement was acted upon correctly."

In the live stream video on Facebook, a police officer could be seen discussing the hygiene items with a member of the group - saying that the situation was being addressed.

The New Zealand Herald has sought comment from police and Corrections.