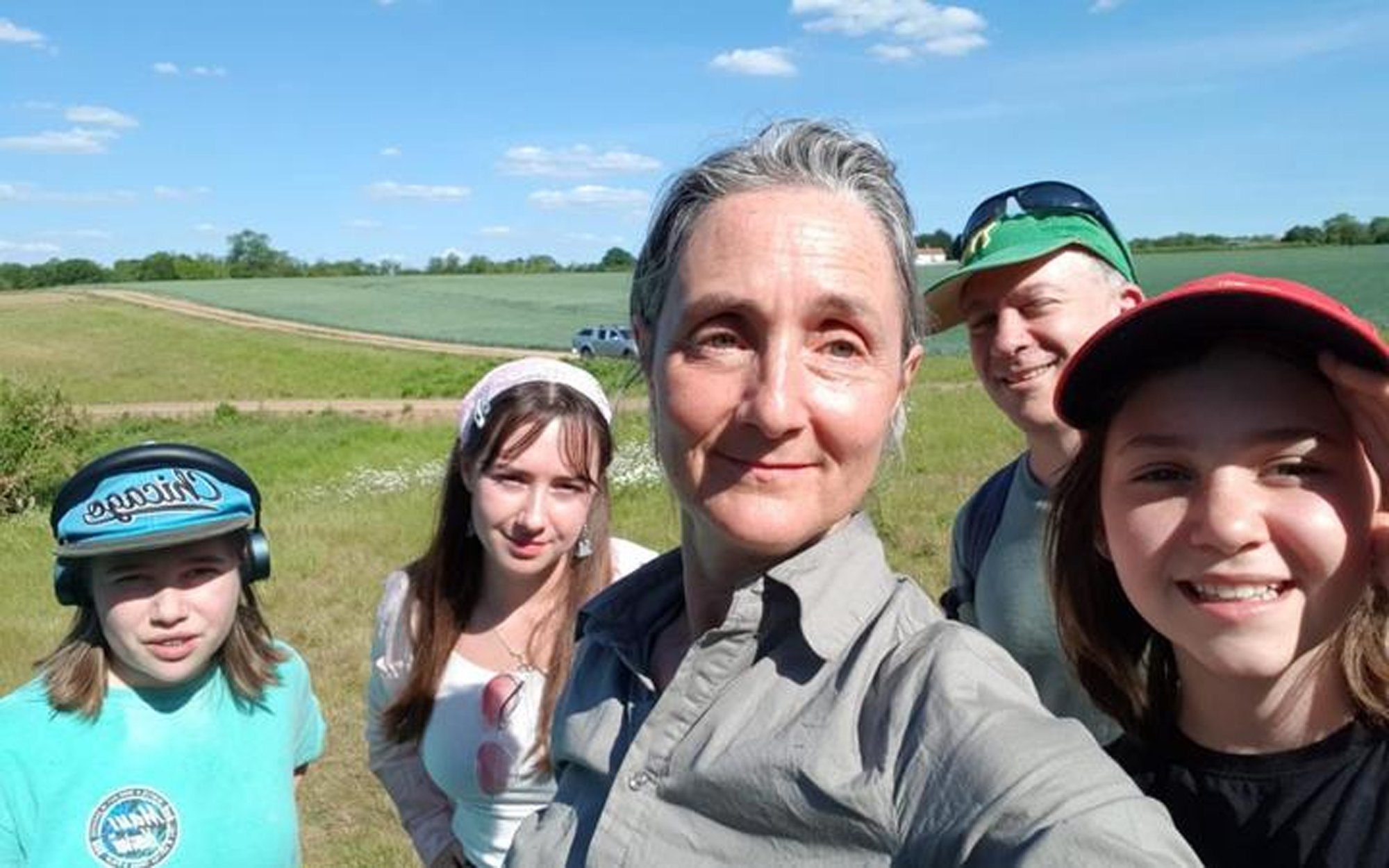 Dr Anne Solomon and her husband, Aeron Davis, with their daughters, Hannah, Miriam and Kezia. Photo: Supplied
A British doctor says she feels let down by a government which pleaded for healthcare workers but has now gone silent on how they can become residents.

Dr Anne Solomon is one of 235 doctors and 900 nurses waiting to join a queue for residency, which has been closed since April last year.

The Government was crying out for medical staff, she said, and especially on the Kapiti Coast, where she and a fellow GP are the only family doctors taking on new patients from Paraparaumu to Levin.

The family was assured the process to get residency would not take long.

Before skilled migrants can apply for residency, they submit expressions of interest which get selected fortnightly and are then invited to apply.

A decision on when to reopen ballots was deferred for another six months in October, and there has been no announcement since that period expired.

"Like all GPs, I pull out all the stops for my patients and I work late into the evening, way beyond my paid hours because I love my job and I care about doing it well," she said.

"But I don’t feel like New Zealand cares about me very much at the moment, or my family."

Her husband, Aeron Davis, is a professor at the Victoria University and they moved their three teenage girls here last year in the middle of the Covid-19 pandemic.

One of them will be leaving school at the end of the year and as it stands, without residency, she will not be able to work.

"If she can’t work here, she doesn’t really have a life here," Dr Solomon said.

"And if our kids don’t have a life here then, nor can we — and so we have to face up to the very uncomfortable possibility that we might have to uproot — having come all this way and made this enormous effort to settle — and go home again."

The family also cannot buy a house as non-residents — ironically, they also have to pay extra for healthcare if they fall ill.

Dr Solomon said they were told residency would be straightforward and that the pause on expressions of interests would be temporary.

"We’ve made the most enormous change in our entire lives, and we trusted what we were told, and it’s not materialising and no reasons have been given, and we feel like we’re being left to sink or swim."

The number of people with expressions of interest waiting to be selected has grown to 10,000.

All those people were in the dark about when they would be able to apply for residency, immigration adviser Erin Goodhue said.

"There’s no certainty, even though the minister keeps saying ‘We’ll look at it soon and it will happen soon’, but that’s been said for a long time now, and nothing’s changed.

"Nothing else has been forthcoming, so a lot of people are just thinking, ‘Do I even have a future in this country? Am I wanted here?’."

He had asked officials for more advice and expected to make an announcement soon, a spokesman for the minister said.

"The minister has signalled there will be a review of the SMC (skilled migrant category) to ensure it is meeting New Zealand’s needs.

"In the interim, he is considering how to best manage and prioritise requests that are currently in the queue," the spokesman said.

If it's any consolation - which I doubt that it is - doctors and nurses are not alone with this issue.
The department of immigration is just another government entity doing what they do best now days.
Gone are the days when governments strived to serve the people by empowering them to succeed.
Now their focus is on saving people from themselves, saving the planet from people, saving preferred identities from reality, saving the poor from the successful, to name a few examples.
As with all previous attempts to create a utopia, it’s the very people they say they are focused on helping that suffer the most.