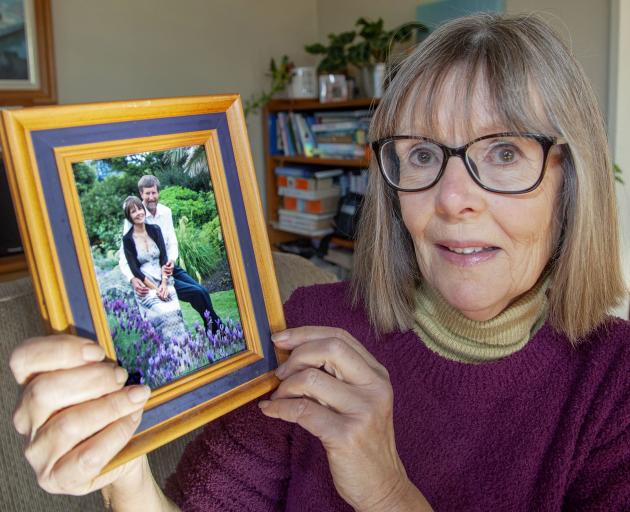 The couple were together 23 years and married for 10. Mr Hanson was 67.

The 69-year-old of Ladbrooks is using her heartbreak for good, cutting out alcohol for Dry July to raise money for other New Zealanders like her husband, who require support during their cancer treatments.

She had cancer herself 15 years ago and this is the second time she has participated in Dry July.

Said Ms Underwood: “This year, I’m doing it because my husband succumbed to prostate cancer. He was only diagnosed two-and-a-half-years ago and just had a particularly aggressive one and he tried really hard with all sorts of alternatives as well as the standard treatments, but he lost his battle on May 15.”

“The response has been very humbling and, of course, I shed a tear every time someone donates, really,” she said.

Ms Underwood said Mr Hanson would be very proud of her fundraising efforts.

“He’d be particularly proud because once he was diagnosed he really put an awful lot of effort into trying to stay here and he also supported others, you know, who were going through their various journeys with cancer, whether it was support people, or whether it was people with cancer themselves.

“He’d be really pleased to see me not having a drink as well, you know, because we all know the harmful effects of alcohol,” she said.

In spite of not being a huge drinker, Ms Underwood has about four glasses of wine a week and she said it has been challenging cutting drinking from her routine.

“It’s been hard in a physical sense. At 6pm, it would be nice to have a glass of wine while you’re getting dinner or whatever, especially in the winter.

“In terms of doing it, It’s actually made me feel stronger in myself, if you know what I mean. It’s like, I’ve got the strength to do this, to do without that glass of wine,” she said.

She said her four children and Mr Hanson’s two children have supported her during her efforts to go alcohol-free and raise money.

They also played a significant role in supporting Mr Hanson throughout his illness, she said.

To donate to someone doing Dry July visit www.dryjuly.co.nz.