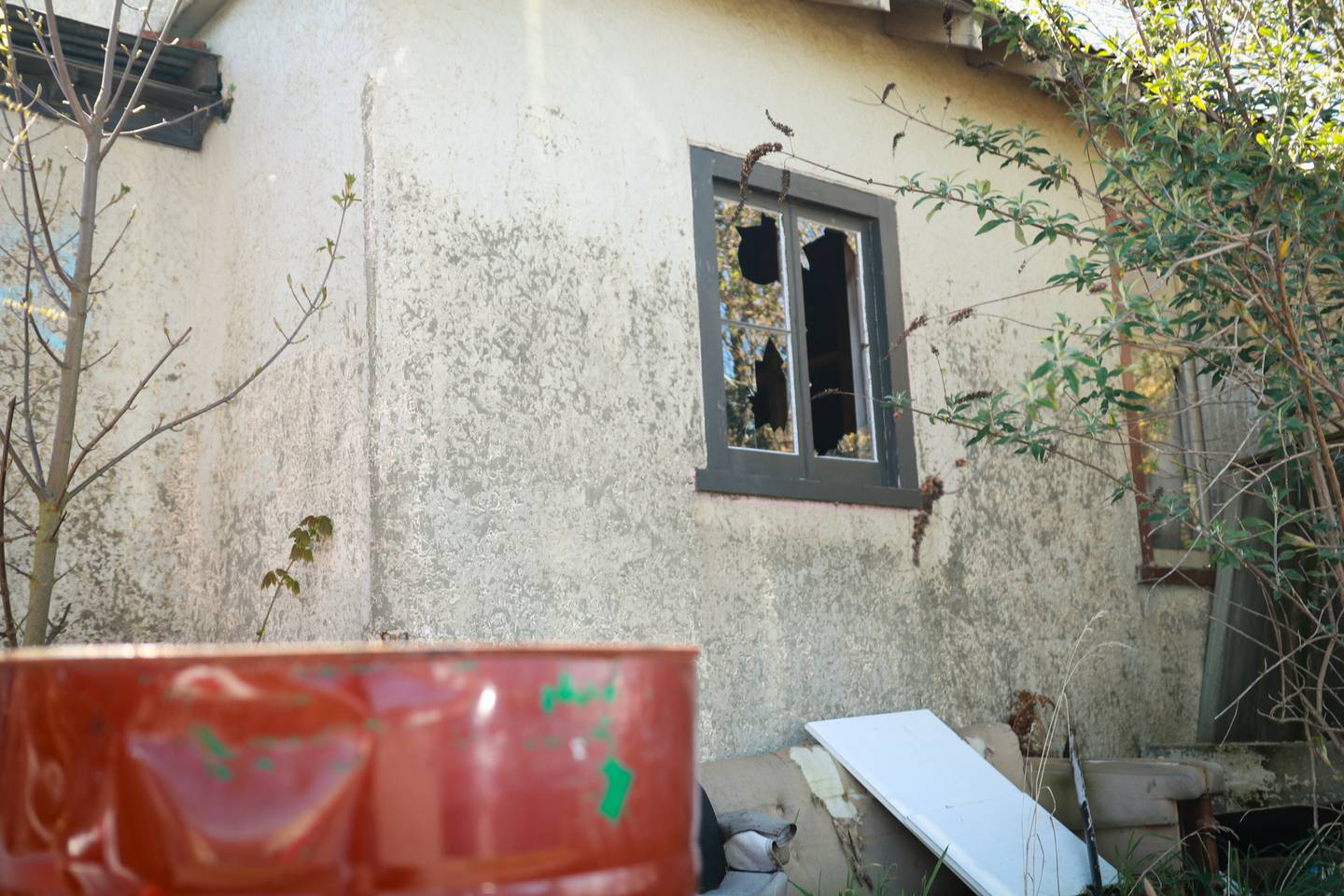 Christchurch City Council said between September 1, 2019, and August 31, 2020, 21 complaints were received for abandoned, dilapidated or vacant buildings in east Christchurch. Photo: Logan Church
Derelict properties in Christchurch's east are piled high with rubbish, infested with vermin, and sometimes covered with faeces - both humans and animals – and residents have had enough.

Alexandra Davids, the Linwood-Central-Heathcote Community Board's chairwoman, took the Herald on a tour of what she believed were some of the worst properties in the area, dubbing them "east side eyesores".

But Davids said out east there were "dozens" of properties in an equally bad state – and not enough was being done to clean those up. 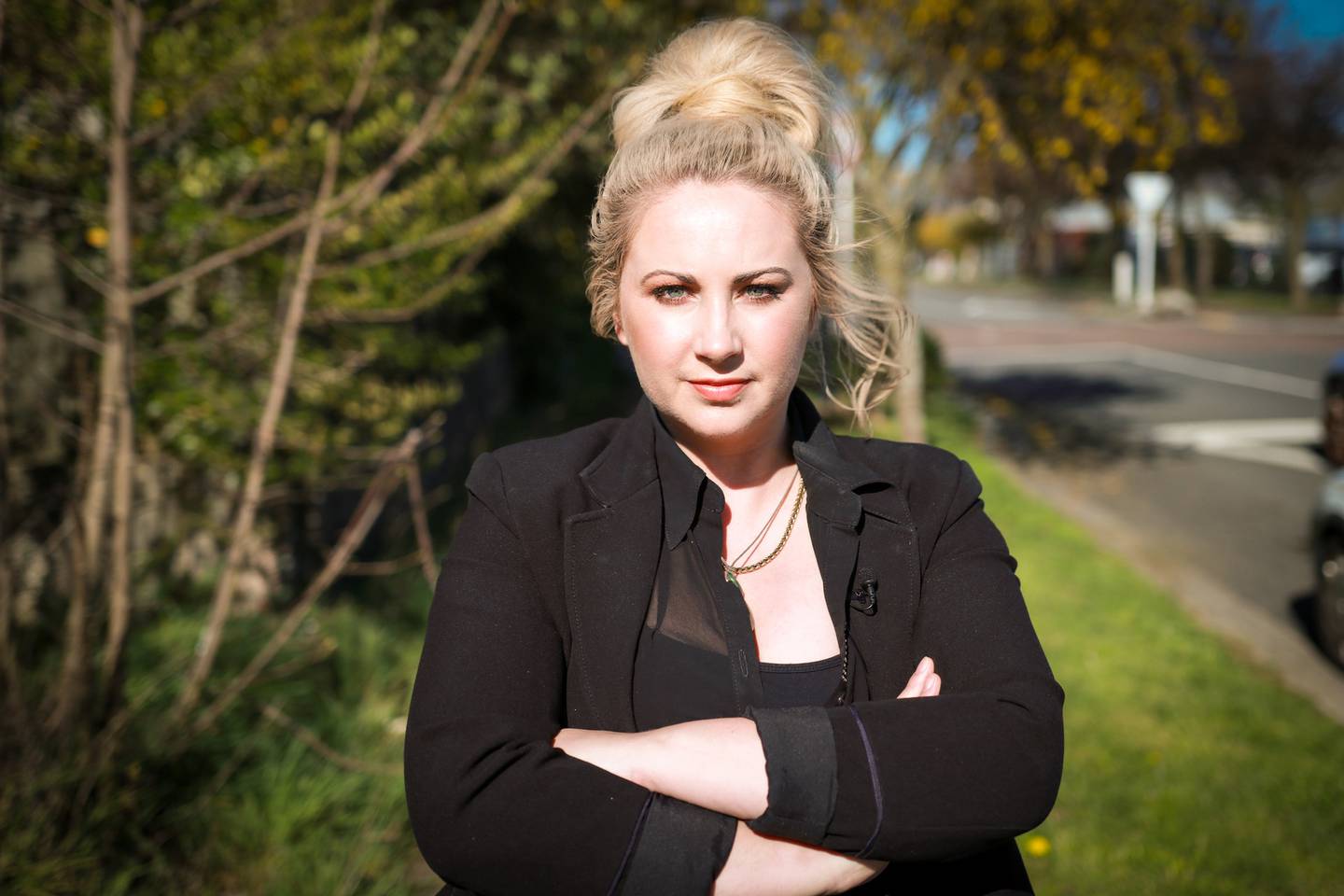 Linwood-Central-Heathcote Community Board chairwoman Alexandra Davids. Photo: Logan Church
One property on Worcester St was overgrown, had windows missing, and litter – including beer bottles - piled high on the front lawn.

People were often seen on the site drinking or smoking during the day and evening or sleeping in the front garden during the night, nearby residents told the Herald.

People on the property said they did not know who the owner was and the house appeared abandoned.

Davids said there were many issues associated with the derelict properties across the eastern parts of the city.

"We have antisocial behaviour, we have people sometimes living in those properties and with that comes excessive alcohol drinking and drug use," she said.

"We also get a lot of litter, old furnishings just left outside. With that you can get pests, rats and vermin...a lot of the time faeces...that obviously comes with the animals but can also come with the humans."

On Osbourne St, another property was overgrown and piled high with rubbish – some of it was falling on to the footpath.

A neighbour, John, had been in the area for three years.

"Squatters routinely break in every other week. I've actually seen an upstairs window opening and closing," he said.

"It's, I think, only a matter of time before someone sets fire to it...it's in a terrible state."

Meanwhile, Davids said several commercial properties on Stanmore Rd, at the heart of Linwood Village, had been vacant for years.

Effort by the Herald to contact owners of many of the properties were unsuccessful.

Davids said there were a variety of reasons why a property might be derelict.

Discussions with insurance companies about earthquake damage could have ground to a halt, or deals to sell the properties might have fallen through. Some owners might not be in the financial position to keep their properties maintained.

But Davids said there was little anyone other than the owner could do about it.

The Christchurch City Council could issue a remediation or abatement notice if rubbish or other litter encroached on the footpath, or an environment health officer could investigate if vermin was detected, Davids said.

Fire and Emergency could also follow up where there was a fire risk.

Davids wanted residents, their neighbours, and the council to try to come to a solution.

The council's head of regulatory compliance, Tracey Weston, said between September 1, 2019 and August 31, 2020, 21 complaints were received for abandoned, dilapidated or vacant buildings in eastern Christchurch.

"The council has powers under the Building Act, Health Act or Resource Management Act - each complaint is assessed on a case by case basis and circumstances of that complaint determine which legislation we utilise," Weston said.

"Resolving complaints can be complex due to some involving illegal occupation, absentee owners and can also involve other authorities."