4 Comments
Tougher freedom camping laws and fines or penalties of up to $1000 will be introduced to help small communities and keep New Zealand's reputation as a top place to visit.

Tourism Minister Stuart Nash today confirmed that new legislation would be introduced to Parliament to prevent abuse which he said has put an unfair burden on small communities and damaged the country's reputation as a high-quality visitor destination.

It follows an extensive round of public consultation earlier this year.

“Backpackers in budget vehicles are welcome. Motor homes and towed caravans are welcome. But at the heart of the new law will be greater respect for the environment and communities through a ‘right vehicle, right place’ approach,” Mr Nash said.

“We are setting clear, minimum expectations for campers. Higher standards must be met before vehicles can be certified as truly self-contained with fixed toilets. Abuses in the past included campers slapping bogus blue stickers on vehicles to falsely claim compliance.

Changes to freedom camping would be phased in over two years to allow vehicle owners time to ensure their vehicle meet new certification standards, which includes having a fixed toilet. Photo: Getty Images
Mr Nash said despite government investment of $27 million in freedom camping programmes since 2018, problems still remained, including the inappropriate disposal of human waste.

“Feedback from communities and councils made it clear some freedom campers remain a problem.  Issues include uncertified vehicles, parking outside designated areas including on private driveways and front lawns, littering, and disposal of human waste.

“Our country is a paradise for tourists. When international borders re-open tourism will not match pre-Covid levels, but we can expect greater pressure.

"Abuse of freedom camping by domestic and international travellers not only damages our 100% Pure brand, it erodes public support for tourism and undermines its social licence to operate."

Under the new legislation:

• Freedom campers will need to be in a certified self-contained vehicle to stay overnight on land managed by local councils, unless the council has designated the area for non-certified vehicles.

• Freedom campers will be able to stay on Department of Conservation (Doc) land in vehicles that are not self-contained, unless Doc has formally restricted or prohibited camping in such vehicles.

• Freedom campers can continue to stay overnight in tents, where permitted.

• The infringement system will be strengthened with tougher fines and penalties of up to $1000, replacing the current $200 fine.

• Certification will be overseen by agents authorised by the Plumbers, Gasfitters and Drainlayers Board. 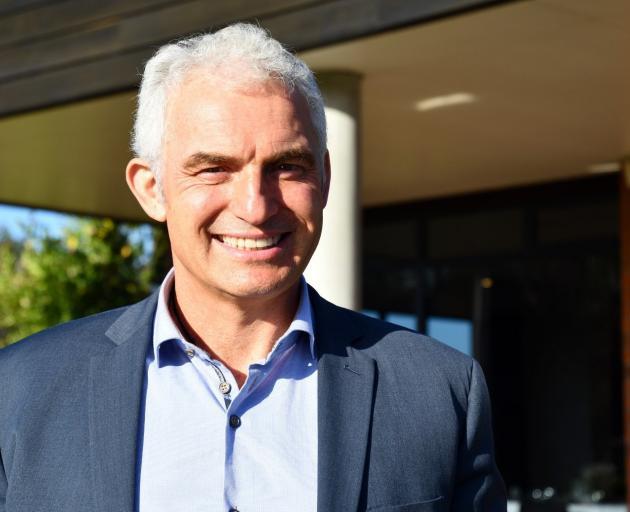 Stuart Nash: "Freedom camping will always be a valuable part of our tourism experience, but must meet minimum standards and respect our tourism brand." PHOTO: LAURA SMITH
Once the bill is passed, the changes would be phased in over two years to allow vehicle owners time to ensure their vehicle meet new certification standards, which includes having a fixed toilet, Mr Nash said.

“The Government has committed $10 million in transitional funding to support local councils to educate freedom campers and develop local bylaws over two years.

“The changes will also benefit small business owners who run backpackers’ hostels or campgrounds and who have lost business. Hostels and campgrounds are perfect for the budget-conscious traveller who may have considered freedom camping in the past.

“There are hundreds of campgrounds and campsites managed by DoC and commercial, operators, many charging very low nightly rates for the use of facilities. They will gladly welcome all travellers, no matter what type of vehicle they have."

"Freedom camping will always be a valuable part of our tourism experience, but must meet minimum standards and respect our tourism brand."

The changes will start with the Self-Contained Vehicles Bill being introduced to Parliament next year.

• Further information on the changes will be at: www.mbie.govt.nz/freedomcampingchanges

Yes and they do not just benefit a few freedom campers but everyday travelers / tourists. Like we saw with MP Pughs proposals it was all based on assumptions that only freedom campers travel NZ and used roadsides and laybys as toilets - though freedom campers as a group are the least likely to have to do so.

Nashs proposals are far from being law. Will they be when they are based on little more than assumptions and hearsay? I seriously doubt it. It is time to move away from failed solutions that are 30 years old and not changed a single behaviour and into solutions based on real evidenced issues that work. Meantime RCAi look forward to making submissions to the select committee (including the agenda driven role NZMCA has played over the years) as well as making an appearance at the select committee. Nash proposals are far from being completed or law. Meantime MBIE refuse to release the submission made under OIA requests .

Maybe if the Government put the $27m into providing decent, and by that I mean usable without gagging when you walk into them, toilet facilities for those without fixed toilets (or homes), then they wouldn't have the human waste problem.

Giving the money to local councils is just going to end up in a bigger mess than we already have. Does the government not realise the number of people having to sleep in their cars and can't afford food let alone a fixed toilet, is increasing at an alarming rate ... local councils are already using the $200 "freedom camping" fine as a revenue gathering.

Giving a $1,000 dollar fine to someone who can't afford to buy breakfast is just stupid ... no other words to describe it that are printable. What's going to happen ??

The person can't afford to pay, the council takes them to court, bailiff's seize their vehicle which, for some is their "home" ... you've just made someone homeless and it's the taxpayer who ends up paying for the fine ... brilliant idea !!

Next thing will be a $1,000 fine for parents who have to let their child "go potty" on the side of the road in full view of passing motorists ... how many laws does that break ??