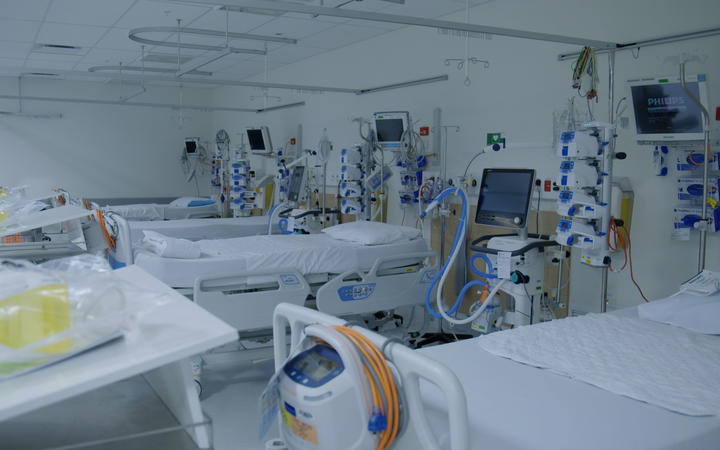 Photo: Ministry of Health / Supplied
Most hospital emergency departments are not offering patients Covid-19 vaccinations even though it's a perfect opportunity to reach people normally outside the health system.

Emergency doctors are keen to make it happen but acknowledge it is complicated.

RNZ understands some emergency department staff in Auckland are incredibly frustrated because they are encountering vulnerable, unvaccinated patients who would be happy to have one on the spot.

The Australasian College of Emergency Medicine president, John Bonning, said most hospital emergency departments were not vaccinating for Covid.

The College supported vaccinations in ED, especially to help mop-up the tail end of the vaccination rollout, he said.

"There is no doubt that some people's only contact with their health system is when they become acutely unwell and come to an emergency department, so it's definitely a group we want to target," he said.

However Dr Bonning, who works on the shop floor at Waikato Hospital, acknowledged it was complicated to get ED vaccinations up and running.

The departments were already very busy - particularly nurses who would be giving the vaccinations - and the Pfizer vaccine could be tricky logistically.

It has to be stored very cold and once the six-dose vials were opened, any doses not used could spoil quickly and go to waste, he said.

But it was something the doctors were keen to keep working to make happen, he said.

Emergency departments already regularly gave vaccinations for diseases including tetanus and some gave children their regular vaccinations if they were behind schedule.

RNZ understands Waitematā DHB is not offering the vaccinations and is waiting for an answer from the two other Auckland district health boards about their policies.