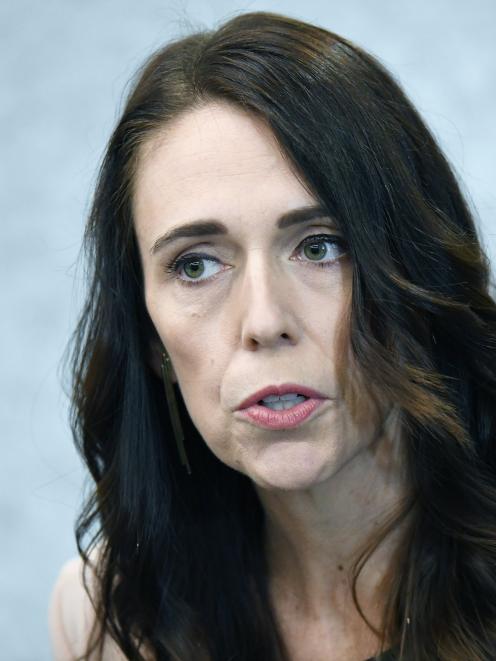 Ms Ardern has signalled that tougher travel restrictions will be imposed and refused to rule out any countries, even Australia.

She said yesterday that the details of the travel bans would be hashed out over the weekend.

Following US President Donald Trump’s announcement stopping all flights from Europe to the US for 30 days, Ms Ardern has not ruled out a ban on travellers coming in from Europe.

Nor has she ruled out restrictions for the US, where the number of positive cases has risen to more than 1200, with 36 deaths.

"We have to be concerned where we’ve seen outbreaks in any part of the globe," Ms Ardern said yesterday.

There are also likely to be restrictions on travel from New Zealand to the Pacific.

This morning, Ms Ardern will chair a conference call for a special meeting of the Cabinet committee, which was set up specifically to respond to the coronavirus outbreak.

She is expected to announce further details around travel restrictions later today — though it could be pushed to tomorrow, when she will be in Christchurch for the March 15 anniversary.

The committee meets regularly on Wednesdays but Ms Ardern has said it is ready to meet "no matter what time of day", particularly when health officials have fresh advice.

Up to a dozen of the Government’s most senior ministers sit on the committee, including Deputy Prime Minister Winston Peters, Finance Minister Grant Robertson, Health Minister David Clark and Education Minister Chris Hipkins.

They will discuss how travel bans around the world could affect the supply chain of health products. About two-thirds of pharmaceuticals in New Zealand come via air, and the Government will look to ensure there are back-up supply chains.

The committee will also consider the latest advice from the Ministry of Health’s technical advisory group, chaired by Director of Public Health Caroline McElnay.

The Ministry of Health’s national health co-ordinating committee, which is made up of health experts and senior officials across the state sector — including police and the Ministry of Foreign Affairs — will also continue to operate over the weekend, including keeping watch of developments around the world.

Current travel restrictions in New Zealand include a ban on foreigners coming to New Zealand from China and Iran.

People coming from Italy and South Korea have to self-isolate for 14 days, and health officials have been empowered to quarantine cruise ships and planes, if necessary.

Given the recent measles outbreak in Samoa and New Zealand’s responsibility as a "gateway to the Pacific", Ms Ardern said the Government needed to do all it could to prevent transmission of Covid-19 to those nations.

"We take very seriously our duty of care."

This was among the reasons the Pasifika Festival in Auckland, scheduled for this weekend, was cancelled.

As the number of coronavirus cases in Australia nears 200, authorities announced a range of significant measures to combat the outbreak.

Australian Prime Minister Scott Morrison said all non-essential gatherings of more than 500 people should not go ahead from Monday.

The measures do not include schools, university lectures or people getting on public transport.

Ms Morrison also said every Australian should urgently reconsider their need to travel internationally — regardless of the destination.

There are still no new confirmed cases of Covid-19 and the number in New Zealand confirmed at five, with two more probable cases.

Earlier yesterday, Finance Minister Grant Robertson cancelled his travel to Australia today to meet his counterpart Josh Frydenberg, opting instead to meet Treasury officials yesterday morning and to Skype with Mr Frydenberg later in the day.

One of the biggest surf events seen in New Zealand, the Corona Piha Pro, has been postponed, after The World Surf League decided to postpone all events in March.

Some major sporting events are going ahead, but will be a lot quieter than usual, with no fans in the stands.

The three-match Chappell-Hadlee cricket series between the Black Caps and Australia is taking place in empty stadiums, starting with last night’s match at the Sydney Cricket Ground.

The Highlanders’ Super Rugby game against the Jaguares in Buenos Aires tomorrow will be also played in an empty stadium because of the coronavirus.