Govt procurement to be considered after construction woes 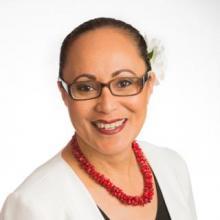 Cabinet will consider whether government ministries should take a longer-term approach to construction negotiations after Ebert Construction was tipped into receivership, sparking wider concerns about cost pressures in the industry.

Jenny Salesa, Minister for Building and Construction, this morning announced she will take an oral item to Cabinet today on contracting in the government sector, and ensuring departments adhere to the Ministry of Business, Innovation and Employment (MBIE)'s government procurement guidelines, which stress the importance of "optimum whole-of-life value for money" ahead of short-term cost-cutting.

"We have not always adhered to having a whole-of-life approach and so we're getting some advice from MBIE about what we should do as government, and taking a leadership position to reset this moving forward," Salesa said.

Cabinet would consider whether ministers should instruct their ministries and agencies "to say show us some evidence that you're actually taking the government procurement guidelines into consideration as you're negotiating a contract", though the focus will be on agencies as they do 97% of contracting, Salesa said.

David Kelly, chief executive of Registered Master Builders Association, said the sector needs to step up, and Master Builders will next week release guidance to its members on understanding risk.

"We do need to address some issues around the margins that contracts are being tendered for, we need to do that work ourselves but we welcome the government's approach," Kelly said.

"This isn't all about government. There has been a general trend over quite a long period of time from a lot of clients to go for the less cost model. Unfortunately, far too many construction companies have ended up buying into that system."

Infrastructure Minister Shane Jones said the three ministers - Salesa, Housing and Urban Development Minister Phil Twyford and him - would lead a body of work on a "reset" in government procurement without endangering taxpayer liability.

Today's announcement was linked to work he and Twyford have been doing on the creation of a new independent infrastructure entity within government, Jones said, and "that paper is winding its way through the system as we speak."

Twyford said the construction industry might learn some lessons from civil contractors, who have a different, more collaborative and transparent approach to risk allocation.

"Not only do we want good whole-of-life cost analysis to underpin procurement decisions, but it's of strategic importance to the Government that we have a competitive and efficient New Zealand-based contracting industry to do this work," Twyford said.

Jones said he thought it was a legitimate criticism to say the Government had not provided enough clarity for construction suppliers and investors to be able to plan over several election cycles.

He said the Government wants the new infrastructure entity "to give confidence and visibility, not only to Kiwi firms but there will be firms come over from time to time from Australia, that the government has a long-term plan, a long-term commitment to the capital and the innovation within capital."

Jones also suggested the new agency could intervene further in the sector, for example in simplifying and standardising the "byzantine contractual arrangements" in infrastructure as he said the "profits the legal sector of New Zealand are leaching out of infrastructure are extraordinary."