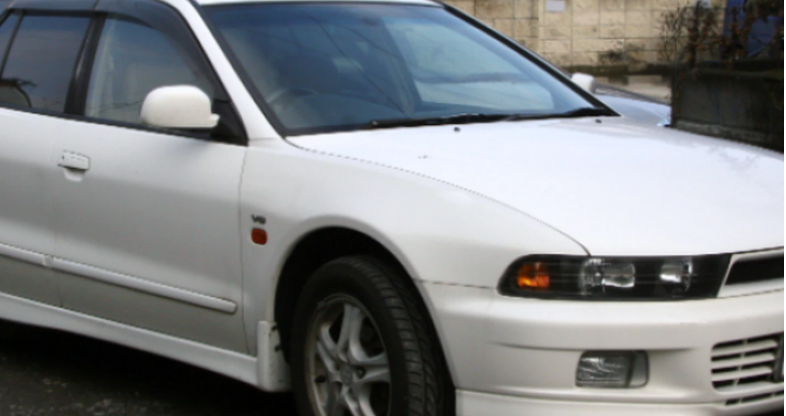 Police are seeking any sightings of a white Mitsubishi Legnum (not actual vehicle pictured) or any other suspicious vehicles or motorbikes seen in the area. Photo: Supplied
Police have released the name of the man found dead in a car in Raglan earlier this week.

He was Jade Pui, also known as Jade Pui-Rakena, aged 42, of Auckland.

Detective Inspector Graham Pitkethley said they were now treating the case as a homicide.

Pui was found dead by residents at 7pm on Wednesday, January 26, in his parked car outside a house on Wainui Rd. He had been staying in Raglan, Pitkethley said.

Police were seeking for information on Pui's last movements on Wainui Rd between Raglan and Manui Bay boat ramp from 5pm onwards on Tuesday, January 25.

"If you were driving the road during this time and have dashcam footage, please make contact."

Any sightings of a white Mitsubishi Legnum, or any other suspicious vehicles or motorbikes seen in the area by residence over that time, were also being sought by police, Pitkethley said.

They wanted to thank Raglan residents who had come forward with information that had assisted the inquiry.

"While we understand that these incidents can be stressful, please be reassured that we will hold any offenders to account," Pitkethley said.

Local residents would notice an increase in police presence in the town as they worked on the inquiry to establish the circumstances that lead to Pui's death.

• Police want to encourage anyone who can provide information that might assist to come forward and speak with them. Information can be provided via 105, or anonymously to Crime Stoppers on 0800 555 111. Please quote file number 220126/6493.