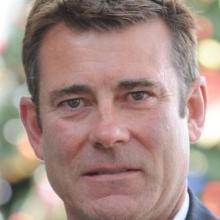 The move comes as immigration and the cost and lack of housing supply, especially in Auckland, converge to become one of the biggest election year issues.

Net immigration to New Zealand has been historically high at above 70,000 a year for several months in a row, with a record 128,800 new migrants arriving in the month of February. Mr English said the changes were agreed some time ago.

Wednesday's announcement, to be made in Queenstown by Mr Woodhouse, follows commitments by the Labour and New Zealand First parties to curb migration, which they say is adding to housing and infrastructure pressures and stoking low-value economic growth.

The Prime Minister indicated that this week's announcements were intended to recalibrate such categories, with similar changes made late last year, although he also indicated the changes would be "pretty similar" to Australian temporary work visa changes announced on Tuesday, which include more stringent English language tests.

Tighter language testing has already contributed to a fall in the very large number of Indian students arriving on study visas, who have often come to New Zealand primarily to seek work and, ultimately, residence.

"We need to be able to control the flows and get a good match between the skills we need and to make sure we get the right mix of people coming in," Mr English said.

He also confirmed that next Monday's Cabinet would be the last for retiring Foreign Affairs and Education ministers Murray McCully and Hekia Parata.

The resulting reshuffle would be "narrowly focused, not broad," Mr English said.