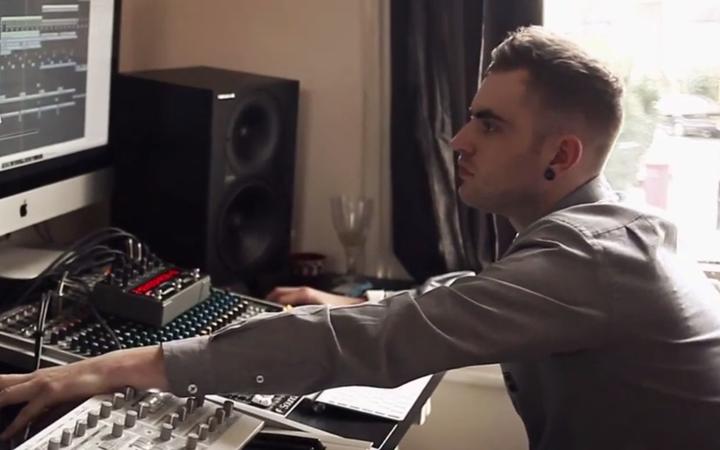 Alix Perez from the UK is about to perform in Wanaka - his first live performance in eight months. Photo: YouTube
International music artists are creeping back on to summer festival line-ups, after getting government exceptions to enter the country.

They have decided two weeks in isolation is worth it for the first chance to play to a crowd.

When London drum and bass producer Alix Perez launches his tour in Wanaka this weekend, after arriving a few weeks ago, it will mark his first live performance in eight months.

He said he immediately lost 100 shows when the UK’s Covid restrictions came into effect, and he missed the special ‘‘connection with people in clubs and hearing music out loud’’.

‘‘There’s been none of that. In Europe and the UK, where most of my friends and colleagues are, and [for] people that'Il work with regularly, there’s no end in sight.

‘‘At the moment it’s very unclear as to when things can resume,’’ he said.

‘‘I’m feeling very fortunate being over here and being able to operate again.’’

Perez has moved here long term with his New Zealand-born fiance, who had originally planned to join him in London.

Other music artists have secured government exceptions to apply for critical purpose visitor visas, and spend a few weeks in the country after a fortnight in managed isolation.

It means proving they have ‘‘unique experience and technical or specialist skills’’ that are not obtainable in New Zealand, or that they are undertaking a ‘‘time-critical role with significant benefits to the national or regional economy’’.

An Immigration New Zealand spokesman confirmed Bay Dreams Festival, taking place in Tauranga and Nelson in January, had helped 15 people through that process.

Another two mystery international headliners have just been secured for the Northern Bass New Year’s festival in Mangawhai, which is directed by Gareth Popham.

Despite the festival being sold out, with about 3000 people on the waiting list, it was a chance to ‘‘tick the boxes’’, he said.

He said international acts were booked to play earlier this year, and the festival was not going to turn its back on them given the restrictions overseas.

Northern Bass would be covering the cost of their managed isolation.

‘‘I think some of the artists have been very brave flying all the way from the UK, doing two weeks in isolation, missing Christmas with their families, then doing some shows and flying back.’’

Mitchell Ryder is the director of Cream Events, which is co-organising Canopy Festival in Christchurch’s Hagley Park in December featuring Perez and two other international drum and bass performers.

He said the shared goal of bringing international music artists to the country had resulted in the country’s promoters working collaboratively.

‘‘It is really good to see everyone working together.

‘‘Promoters that didn’t see eye to eye in the past have needed to join forces because they’re wanting to have the same acts on their festivals.’’